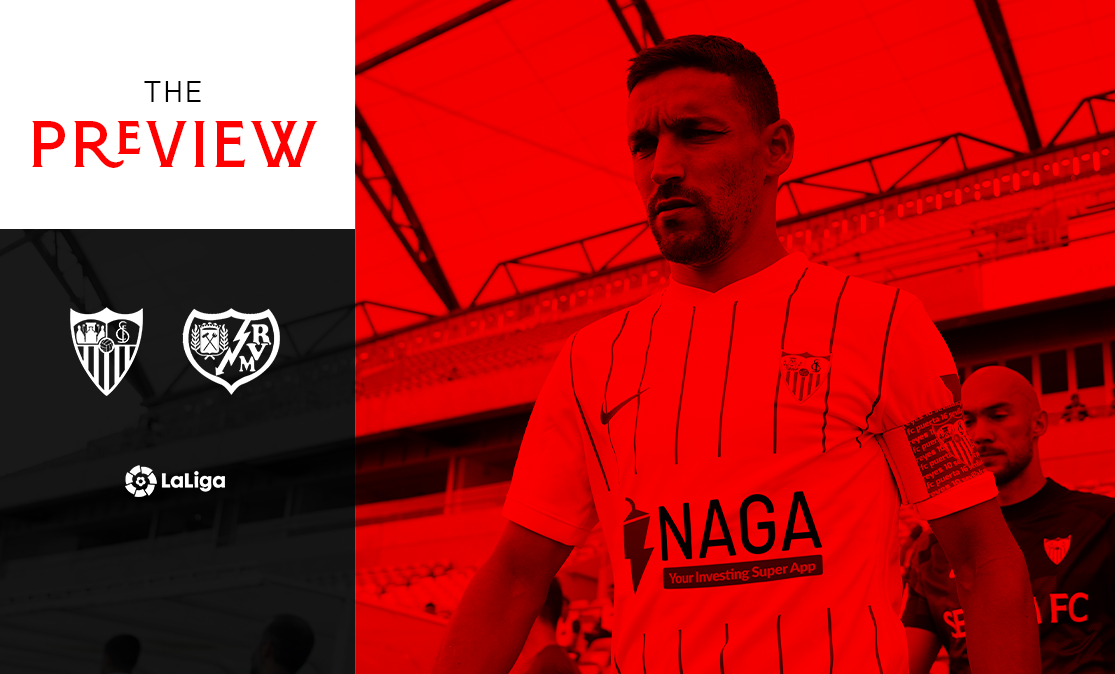 Sevilla FC start the league off at the Ramón Sánchez-Pizjuán in front of their fans. After supporting from afar during the COVID-19 pandemic, Sevillistas will once more return to Nervión to cheer the team on for the first time since 1 March 2020. Julen Lopetegui's team will be looking to get the league off to a good start against Rayo Vallecano in a match that will surely be influenced by the extreme heat in the Andalusian capital.

After 15 months, our fans return home

Tonight's match brings an end to a preseason in which the team picked up two victories against Coventry City and UD Las Palmas and two draws against Paris Saint-Germain and AS Roma. The season begins at home tonight, after which the team have two away trips to Getafe CF and Elche CF ahead of them.

Rayo Vallecano return to La Liga under the management of Andoni Iraola. After finishing in sixth place, Rayo managed to overcome Leganés and Girona in the playoffs to win promotion to La Liga after spending two years in the second division. Rayo are coming to a stadium where they have been defeated seven times in a row.

In the pre-match press conference, Julen Lopetegui stated the Rayo 'will force us to be at a high level.' He further added 'it's brilliant that the fans are back, albeit with a lower number than we had all hoped for.'

The match will kick-off at 22:15 CEST at the Ramón Sánchez-Pizjuán. It will be refereed by Isidro Díaz de Mera who will be aided by Ignacio Iglesias Villanueva on VAR duties.