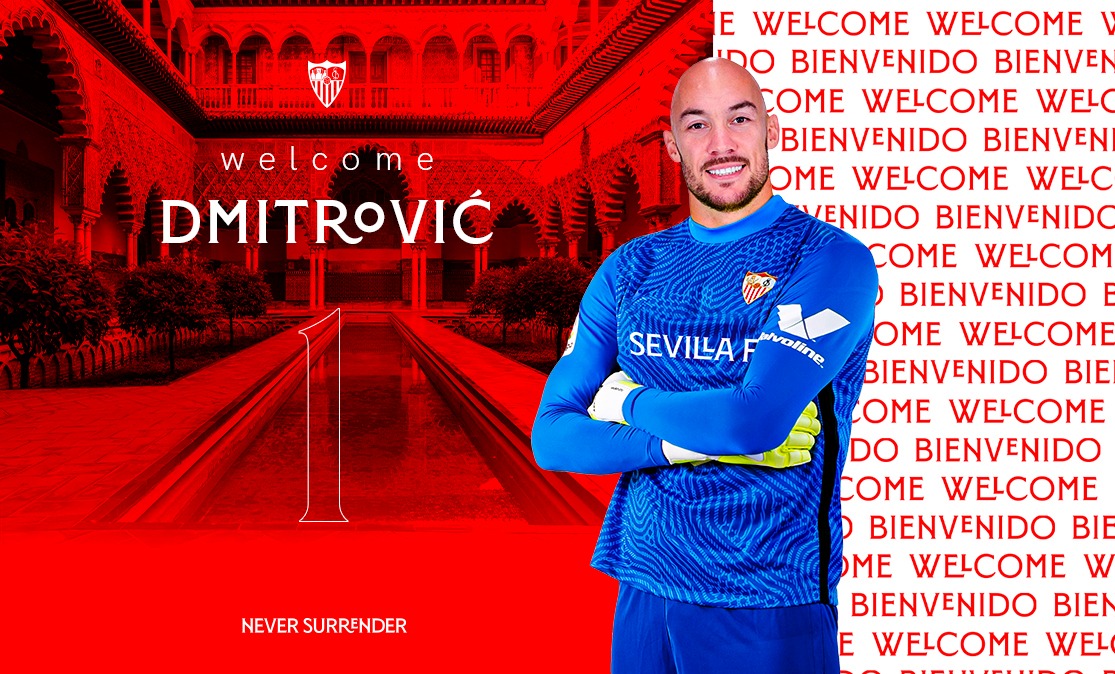 Entradilla
The Serbia international goalkeeper joins the club from SD Eibar, after his contract expired on Wednesday
Cuerpo Superior

Sevilla FC's first signing of the summer is now in Nervión. The club has reached an agreement with goalkeeper Marko Dmitrović, who signs on a four-year deal. Dmitrović, who was born in Subotica in 1992 and has 18 caps for Serbia, arrives from SD Eibar, after his contract expired on Wednesday 30th June after four seasons at the club. Dmitrović arrived in Seville today and will be unveiled at 12:30 CEST in the press room at the Ramón Sánchez-Pizjuán.

The goalkeeper began his professional career at Red Star Belgrade, after shining in the academy. In 2013, he left for Hungary to join Újpest FC, a side who once faced the Nervionenses in Europe. Dmitrović won the cup in his first season there. Midway through his second season in Hungary he headed to England, signing for Charlton Athletic, who were in the Championship, the second tier, at the time.

In the 2015/16 season, Marko had his first encounter with Spanish football, and has been continually involved ever since. He was loaned from Charlton to AD Alcorcón, and his move was made permanent ahead of the 2016/17 season. Dmitrović was a permanent fixture in the team, and made 79 league appearances in his two seasons there, missing just five matches in the Second Division. In the summer of 2017, he made the leap to LaLiga Santander by joining SD Eibar, making 131 appearances over four seasons. In the 11,761 minutes that he played for the Basque side in all competitions, he scored once, as he scored a penalty against Atlético de Madrid in January.