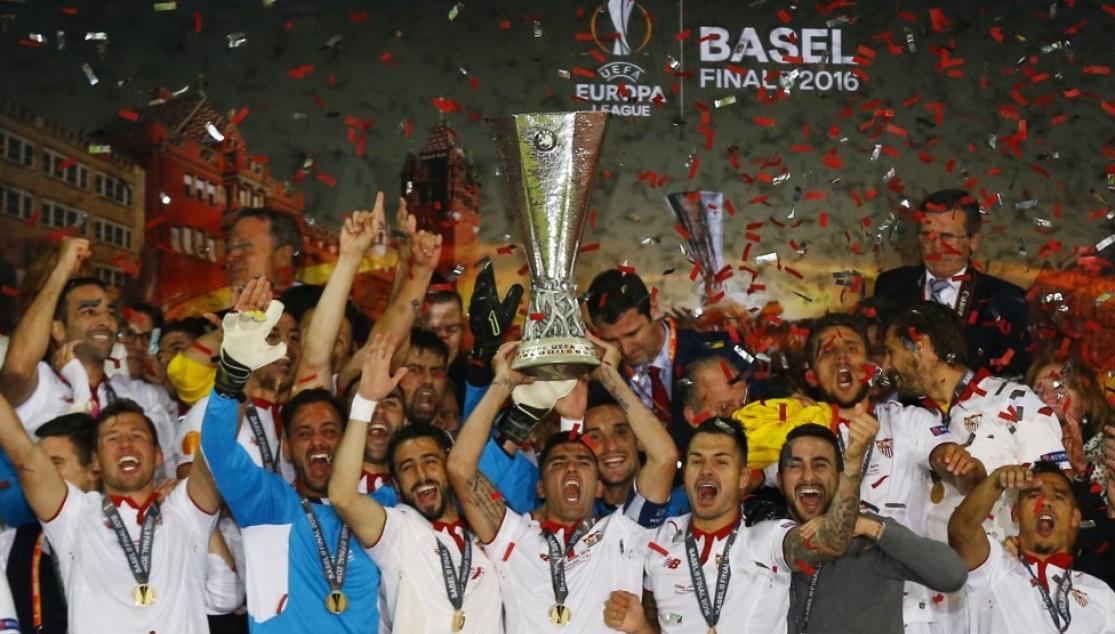 FIVE YEARS SINCE THE EUROPA LEAGUE IN BASEL: THE CLUB'S FIFTH TITLE

Sevilla FC, with Unai Emery in charge, won their third straight Europa League title with the first in 13/14

Maybe only a few, despite Sevilla FC and the Europa League's history together, would have thought that at half-time in the Saint Jakob-Park Stadium in Basel that Sevilla would go on to win the title. And those few were right. Liverpool went into the break in the lead after a dominant first half, but those who dreamed may well have imagined Kevin Gameiro scoring the equaliser immediately after half-time.

Today, 18 May 2021, marks five years from Sevilla FC's fifth UEFA Europa League title, a match in which they beat Liverpool 3-1 with a spectacular double from Captain Koké after the French striker levelled the match. The Nervionenses' second-half was an authentic show. Exquisite, dream football as the team forced Liverpool into hunting for the ball and showing respect for Unai Emery's team, something that few Liverpool fans or Jurgen Klopp could have imagined after Sturridge opened the scoring with an incredible goal in the 35th minute.

The eternal José Antonio Reyes would lift a trophy once more for Sevilla FC, his Sevilla FC, as the Club brought an end to a magical trio of consecutive Europa Leagues that began two years prior in Turin and continued in Warsaw. The trophies won in Eindhoven and Glasgow seemed obsolete. It was the Club's fifth as they denied Liverpool the chance to move onto four Europa League titles.

Maybe, just maybe, those who dreamed at that half-time break were the only ones who could have imagined that after this era of complete ecstasy another success would come not too many years later in Cologne. Because, with Sevilla, there is never a last time. The best is always yet to come.