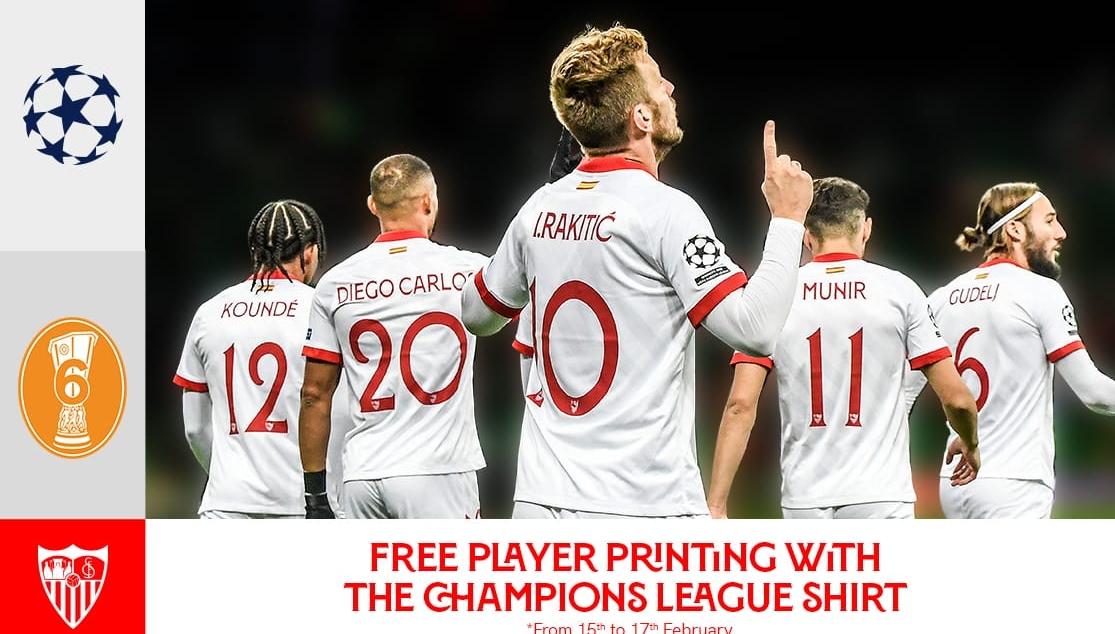 The Champions League is back, and there is no better way of celebrating it than with discounts and special offers at the Sevilla FC Official Store. From today, Monday 15th February, until Wednesday, the day of the match against Dortmund, Sevilla FC Champions League shirts will have a 20% discount, including free player printing for any player in the squad. It should also be noted that, due to strong demand from fans, this season's red shirt is now also available in the Champions League version.