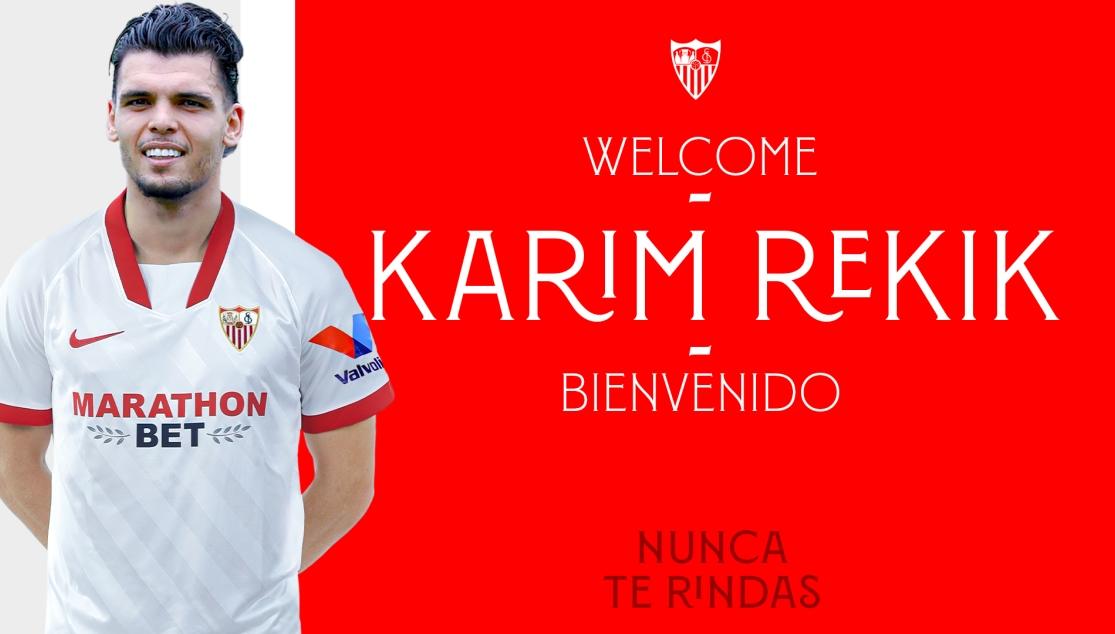 The Dutch centre back, with Tunisian nationality, is 25 years old and has experience playing in the Premier League, the Eredivisie, Ligue 1 and the Bundesliga

Sevilla FC and Hertha BSC have come to an agreement over the signing of Dutch centre back Karim Rekik for the next five seasons. Starting out as an eight year old at Feyenoord, he later caught the eye of Manchester City and joined their U18 team for the 2011/12 season, managing to make his debut for the first-team in a League Cup fixture against Birmingham. He went on loan to Portsmouth in the Championship for the last month of the season, playing eight games.

He started the 2012/13 season with Manchester City's reserve side and played one match in the Premier League. In the second half of the season, he returned on loan to the Championship, this time with Blackburn Rovers, playing five games. A year later, now only 19 years old, he went on loan to his home country for two seasons. With PSV Eindhoven he played 69 games and scored two goals, debuting in the Champions League Qualifying Rounds and in the Europa League, and managing to lift the Eredivisie in his second season.

A player of European quality at only 20 years old, but without room for him at Manchester City, he was transferred in 2015 to Olympique Marseille where he remained for two seasons. He acquired more European experience there, playing five Champions League encounters and 48 Ligue 1 matches, with a goal and an assist. Just before 23 years old he made what had been his last transfer, moving to Hertha BSC in the Bundesliga. In his debut season he already worked his way into the starting eleven, playing 31 games, scoring twice and assisting four. In the next season he played 27 games between the league and cup and last season he managed 14 due to an injury.

Rekik did not play in the first three matches of this season's Bundesliga, but he did play in the cup match against Eintracht Braunschweig which saw the Berlin side eliminated. Although he also has Tunisian nationality, Rekik played with the Netherlands at youth level, winning the U17 Euros, as well as with the senior team.