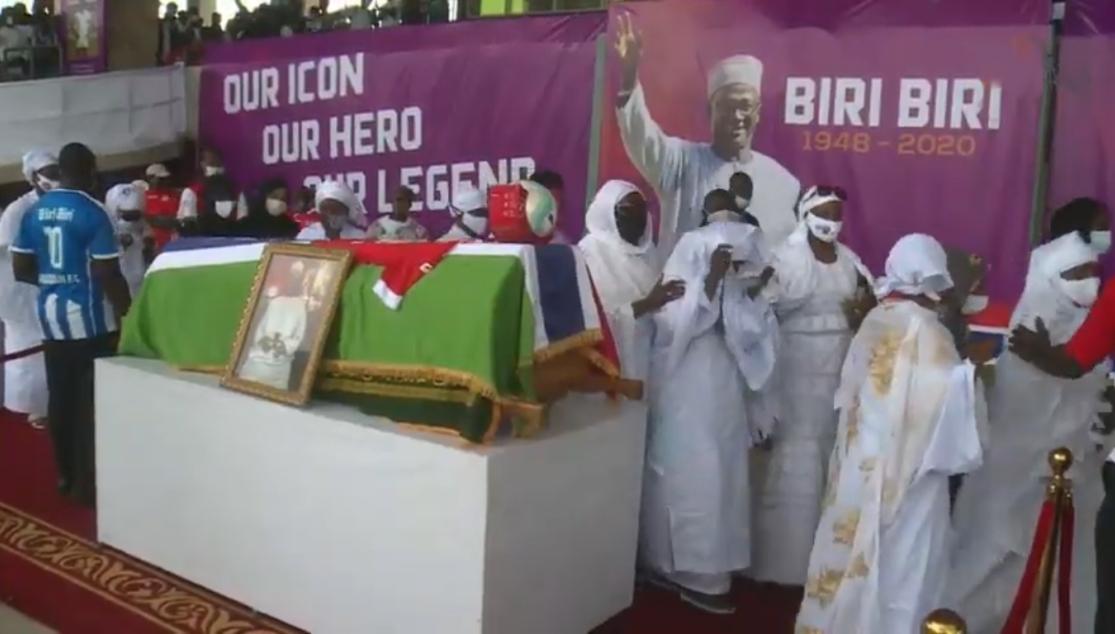 Hundreds of people attended the ceremony, including President Adama Barrow

Biri-Biri is a real hero in Gambia. This small West African country has turned out for the man who was once described as their best national footballer of all time. After his sad death last Sunday in a hospital in Dakar, Senegal, his countrymen turned out on Wednesday and held a State Funeral in his honour in Banjul, the country's capital.

His coffin was taken to the Arch 22, the memorial where the ceremony was held, by a group of Gambian footballers. Once installed, a Gambian flag was placed on him, as well as a national team shirt with his name on it and a football. Just behind, there was a large photo of Biri-Biri, from the day he received the gold insignia of Sevilla FC on the pitch of the Ramon Sanchez-Pizjuan in 2017, as well as the phrase 'Our icon, our hero, our legend'.

The master of ceremonies recounted the successes of Biri-Biri during his career, including his time at Sevilla FC and the mark he left on the fans in Nervion, while hundreds of people passed by to say their last goodbye. Finally it was the turn for the speeches. His brother Bekai Njie, his former team-mate and coach Mass Axi Gai, the president of Wallidan FC, Adama Hala Samba, the president of the Gambia Football Federation, Lamin Kaba Bajo, the mayor of Banjul, Rohey Malick Lowe, the Gambia's minister of Youth and Sports, Hadrammeh Sidibeh, as well as the President of Gambia, Adama Barrow, all had words for Biri.

After the ceremony, the hearse moved Biri-Biri's remains to the nearby Old Jeshwang Cementery, where the legendary Sevillista was buried.