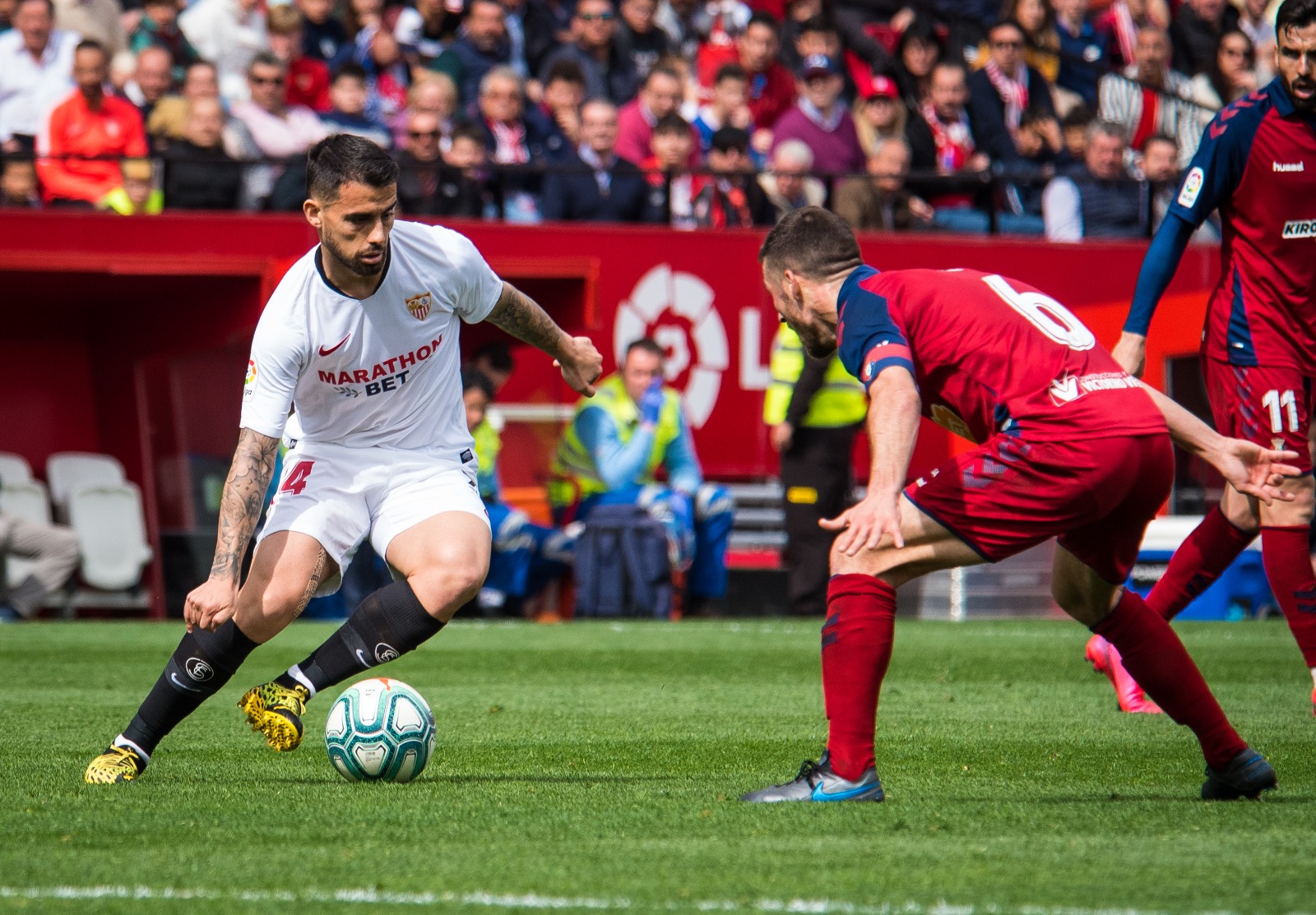 Sevilla FC have used their option to buy Suso, meaning the man from Cádiz has now joined permanently on a five-year deal. Suso, aged 26, born on 19th November 1993, primarily plays as a right winger, although he is left-footed and has also played as a left winger, attacking midfielder and second striker. Since his arrival in the winter transfer window, he has played 19 matches, with one goal and one assist.

The winger began his professional career at Liverpool FC, joining them at a very young game, and got one goal and one assist in his 21 matches for the club. After a year on loan at UD Almería, scoring three goals and setting up another nine in his 35 matches there, he joined AC Milan in the 2014/15 season, where he stayed until January, apart from a short loan spell at Genoa, where he scored six goals and set up one goal in nineteen games.

At the Rossoneri, Suso played over 150 matches, adding 26 goals and 43 assists in his time there. His good performances in Northern Italy were enough to earn him an international call-up for Spain on five occasions, making his debut in a friendly against Russia in 2017. His debut for his country coincided with Julen Lopetegui's time in charge of the national team, and Lopetegui would also manage Suso in the lower age groups at national level too.