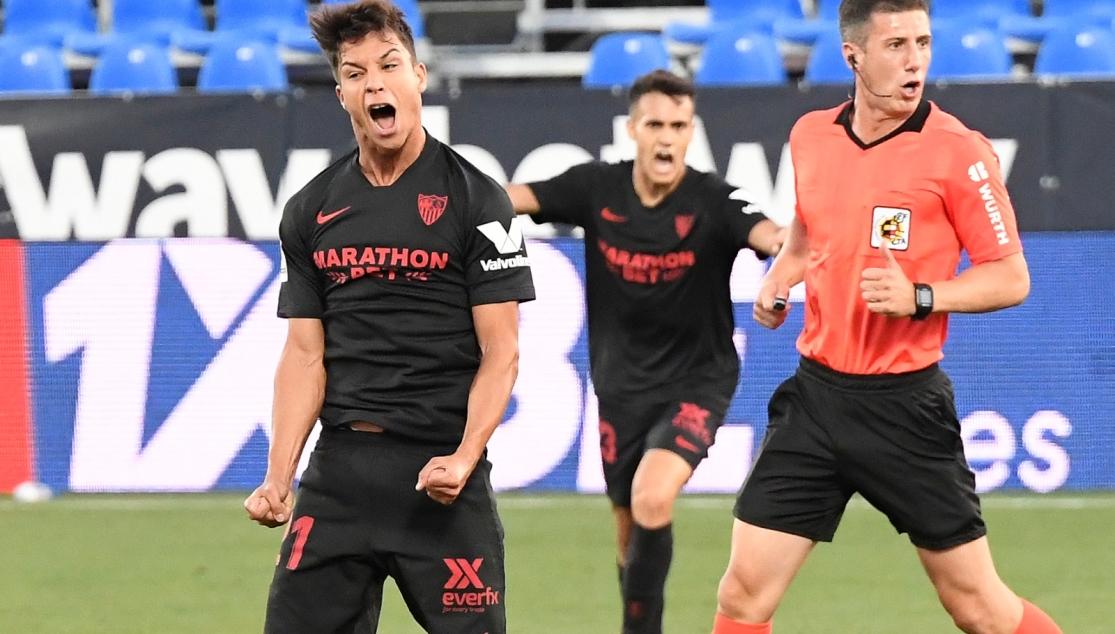 ÓLIVER TORRES: "I FEEL VERY HAPPY TO HAVE PLAYED AND SCORED TWO GOALS"

Óliver Torres, without doubt, shone in tonight's win in the capital against CD Leganés. The man from Extremadura scored a brace in the 3-0 win at Butarque and was very happy with the night: "In the end, when you start and things go well when you help the team, you feel very happy to have played and scored, in this case twice, which I had never done".

Óliver went into more detail and spoke about how all points are necessary and important: "The end of the sason is approaching and we know that each match has a vital importance. That's why I furiously celebrated the goals, because I think the team has deserved more and there's less and less remaining. It gives us confidence for what is yet to come". He also spoke about his brace in the match and the team's feelings: "I wish I could score every day, but I felt really good after various matches without playing, I approached it with huge ambition with excitement. We're going back feeling good".

"We came out with a good dynamic"

To finish, he spoke about the team's effort in the first half and then their push to maintain and extend the lead: "In the first half the team interpreted the match very well and we came out with a good dynamic. In the second half, it's normal for them to press more, but the team knew how to defend during every phase of the match and we've got a good taste in our mouths".