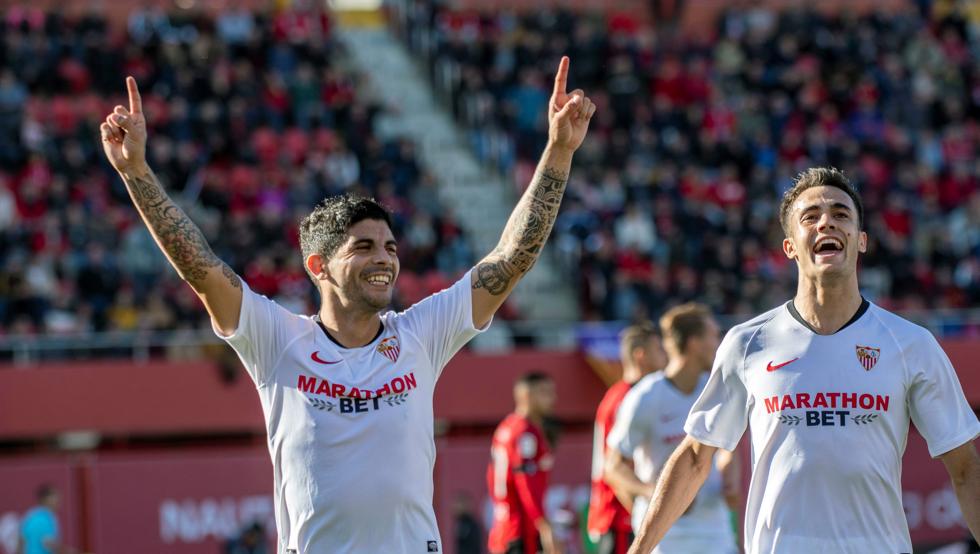 AGREEMENT FOR BONO, REGUILÓN AND BANEGA TO FINISH THE SEASON WITH SEVILLA FC

The Sevilla FC squad will remain the same after the 1st July, as three players have now secured stays beyond this date.  The two loanees, Bono and Reguilón, as well the Argentine Éver Banega, were scheduled to leave the club on 30th June but their contracts have been extended to cover the rest of the season.

The Nervionenses have reached agreements with Girona FC and Real Madrid so that Bono and Sergio Reguilón can continue their loan deals until the end of the season, whilst Éver Banega, who was due to join Saudi side Al-Shabab FC, will now join after this season finishes.

This means that the three players can finish this season properly, both in the five LaLiga matches in July and the rest of the UEFA Europa League competition. As it stands, the Round of 16 clash with AS Roma will now be a one-legged affair in Germany on 5th or 6th August.

Sevilla FC would like to thank Bono, Reguilón and Banega for their good will and their willingness to finish the season defending the Blanquirrojos. Likewise, the club also wants to thank the collaboration of the parent clubs that own the rights of the players for their co-operation.