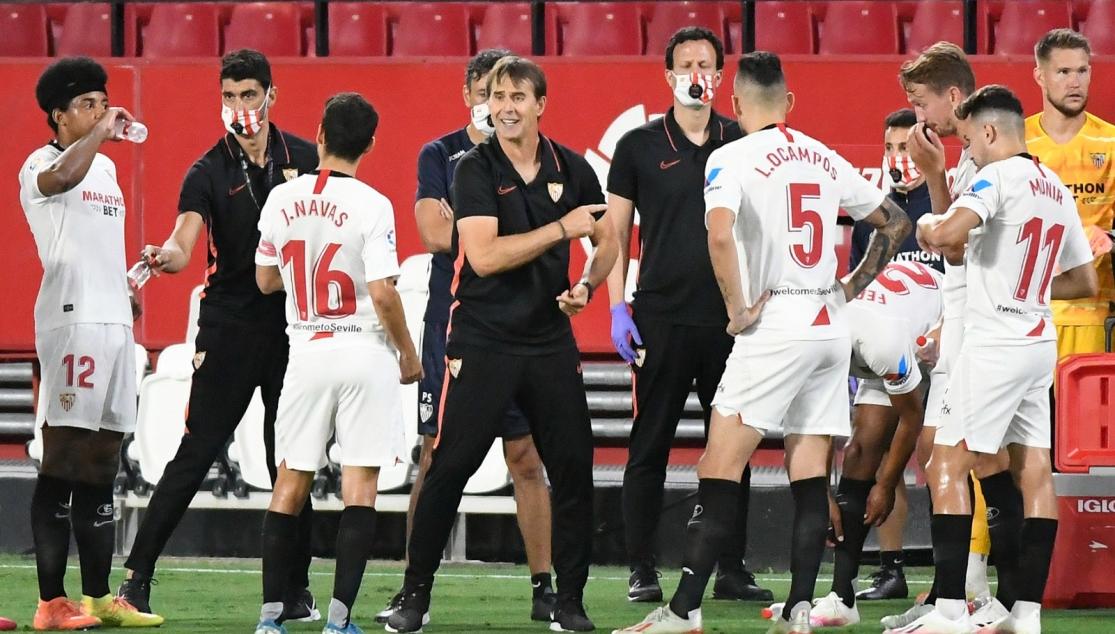 LOPETEGUI: "WE HAVE TO BE CAPABLE OF TURNING GOOD PERFORMANCES INTO POINTS"

Julen Lopetegui offered his thoughts after the draw against Real Valladolid in Nervión: "At the end of the day, we wanted to win the match and it was one of the more difficult ones. If we make the mistake of going behind when they hadn't been in our box... we can't have those mistakes because in the end it punishes you a lot. The equaliser that was disallowed in the second half would have been good, but we have to improve on this, there are situations that penalise you".

He was also asked if his side had any anxiety: "In the first half it's possible there was anxiety. In the second half we got forward much more often, we've got a point but we wanted three. There's no time for joy nor moaning, there are six finals to go and the first one is against Leganés".

Lopetegui again reiterated something which he had referred to in press conferences, the idea of looking at permutations in the table: "Everyone's playing for something, so when people do sums, it's not like that because everything puts pressure on. Today we deserved to win, but we have to be capable of turning good performances into points, because we need them".