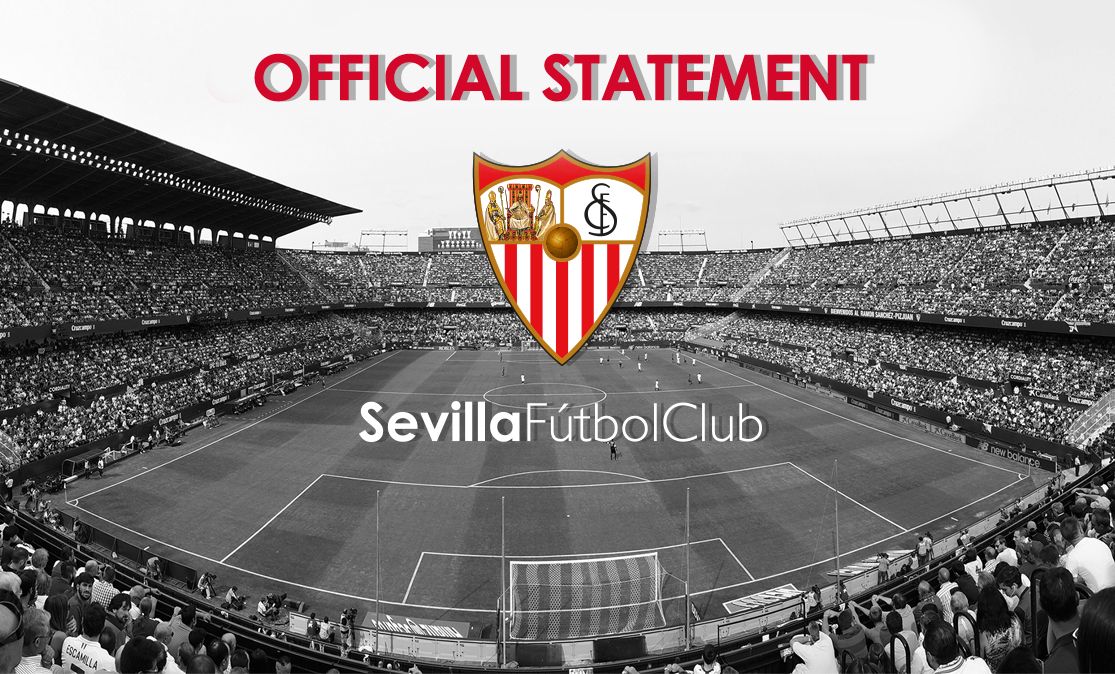 Sevilla FC has decided to suspend all the sporting activity of its professional and academy teams until Monday 23rd March, after the measures and recommendations given by the President of the Spanish Government, Pedro Sánchez, and the President of the Andalusian Regional Government, Juan Manuel Moreno, were announced on Thursday, in which citizens were recommended to stay at home as much as possible. At the same time, Sevilla FC has also taken into account this decision and the recommendation made this Friday morning by the Royal Spanish Football Federation to suspend the training of all teams.

In this regard, it should be noted that the club has developed a personalised work plan for the first team players. Sevilla FC has set up a committee to monitor the situation, which will assess developments in order to take further decisions if necessary. Furthermore, following the guidelines set by its medical management, the club will gradually implement teleworking from Monday 16th March onwards for all its workers who do not have to carry out their professional work in person.

Finally, Sevilla FC has asked all its employees, extending this request to all citizens, to stay at home during the next week and only go out for the essential, thus complying with the recommendations of the health authorities.