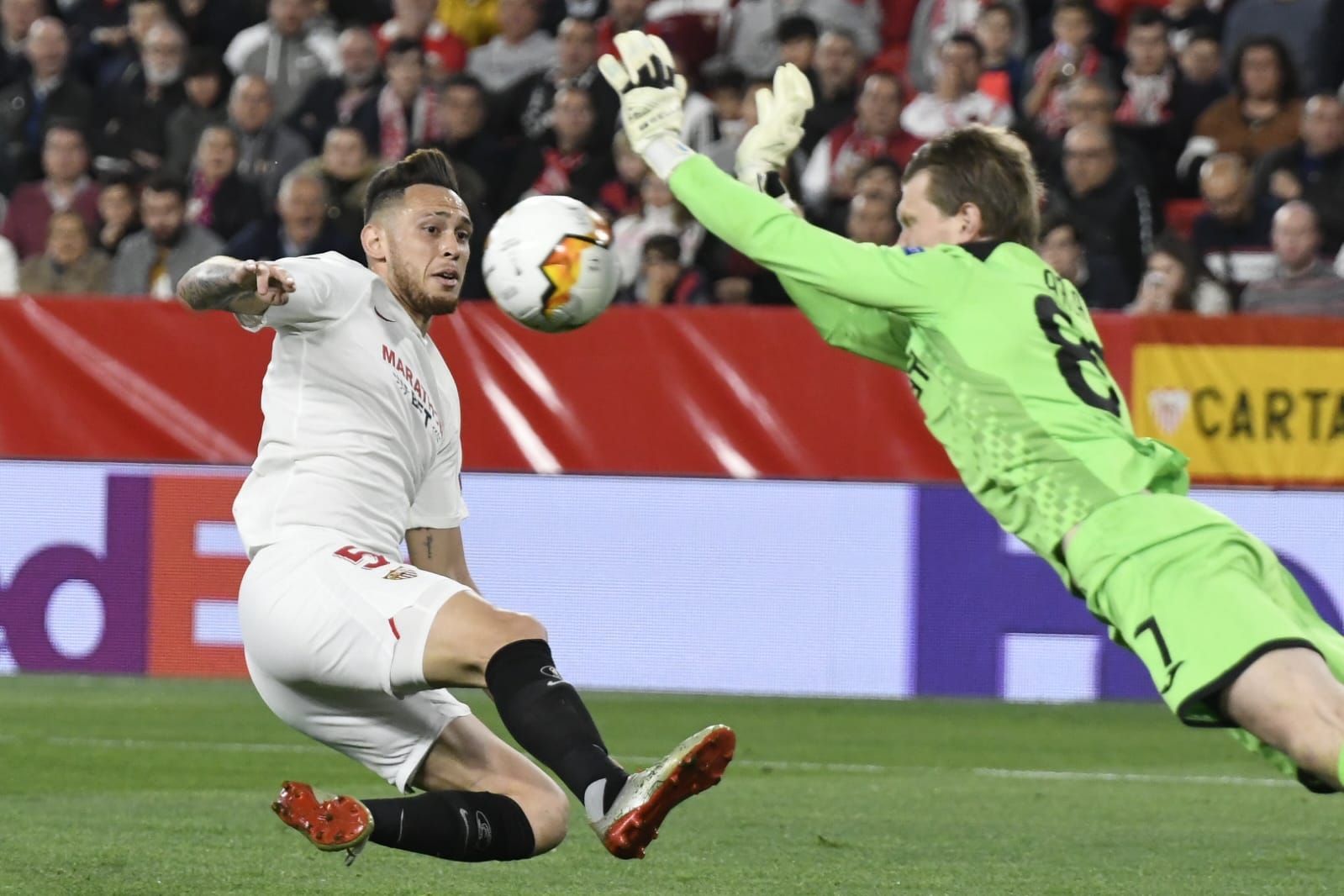 0-0: SEVILLA THROUGH TO THE LAST 16 BY THE SKIN OF THEIR TEETH

Entradilla
Despite a number of chances, Sevilla were unable to score, meaning the Romanian side were in the match until the full-time whistle
Cuerpo Superior

Sevilla FC are into the last 16 of the Europa League, but only just. Although the chances created by the home side should have been enough to comfortably see off Cluj, none of them were converted, and then the nerves began to kick in. Cluj were still in the game, and waited for a chance. They did convert in the 87th minute, but the goal was ruled out by VAR for a handball, which sends Sevilla through to the next round on away goals.

The first half was practically dominated by Sevilla FC, pushing high up the field and creating numerous chances to score the opening goal. However, in the last five minutes of the half, the Romanians managed to get a foothold in the game and unsettled the home side, forcing Bono into two smart saves from hopeful efforts. The resulting corner gave Boli a clear chance to score a vital goal for the visitors, but his header went just wide.

Sevilla had numerous chances but failed to convert, and they were unable to kill off Cluj

Apart from those five minutes, Sevilla were camped in the away half, and had enough chances to open the scoring. Ocampos had a chance after good work from De Jong, while Koundé also went very close from a rebound. The best chance of the half fell to Ocampos after a cutback from Suso, and his effort did indeed beat the goalkeeper, but his shot cannoned off De Jong and the match remained goalless.

The second half was a different affair. Sevilla were unable to play like they had done in the first half and it was the visitors that began to push forward and create chances, but without testing Bono. However, the atmosphere became a nervous one, and Lopetegui brought on Banega as he looked for Sevilla to take control of the ball. He was also forced into a second substitution, as Suso was taken off with a knock.

VAR was needed to rule out a Cluj goal, which would have knocked Sevilla out

The Nervionenses began to calm down after the two substitutions, and began to play in a similar manner to how they had in the first half, creating further chances. After three chances from corner-kicks were all blocked by the Romanian defence, Lopetegui's men looked to open the scoring, and Cluj were unable to unsettle Sevilla at this point. However, with the tie still in the balance, Cluj went for the goal that they needed. Omrani fired over the bar from distance as the tie headed into the final five minutes.

Then, silence at the Sánchez-Pizjuán. Paun went for goal from distance, which took a deflection before sneaking through Bono's grasp and rolling into the goal. As it stood, Sevilla were out. However, the Latvian referee ruled the goal out, after VAR ruled that the ball had been handled in the build-up to the goal. Bordeianu was then dismissed for the visitors for a second yellow immediately after the VAR decision. The six additional minutes felt like an eternity, but Sevilla FC secured passage to the last 16 and will be in tomorrow's draw in Nyom.