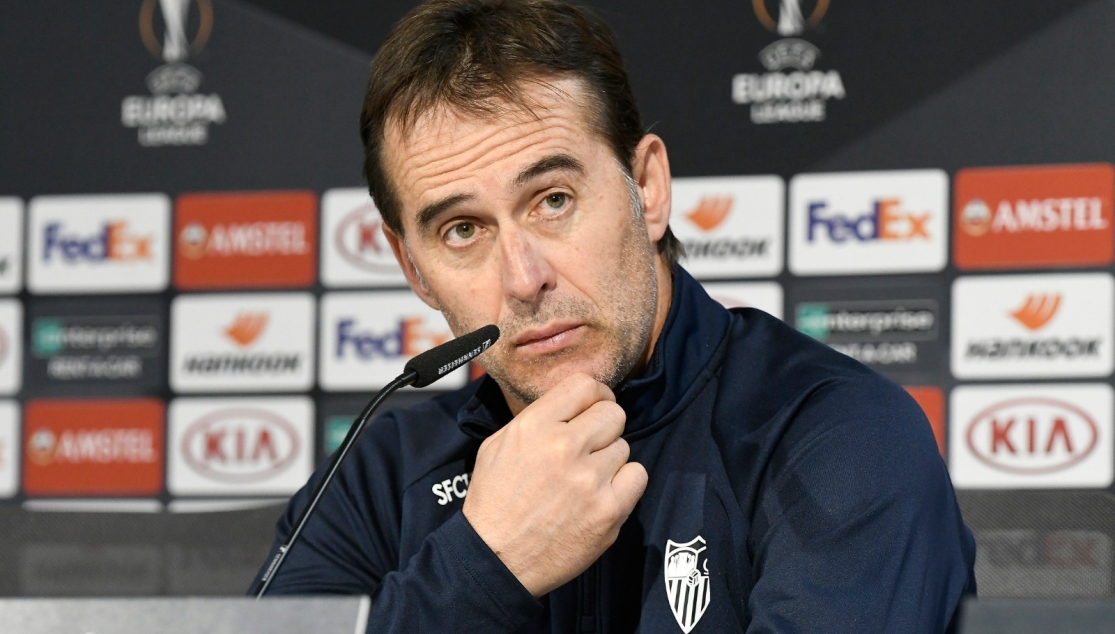 LOPETEGUI: "WE'RE FULL OF AMBITION BUT VERY WARY OF CLUJ"

This afternoon, Julen Lopetegui gave his press conference on the eve of the Europa League Round of 32 second leg at home to CFR Cluj. He started off by saying that: "tomorrow's game is a game in which will determine whether or not we progress in a tournament which is very important to us. We have the utmost ambition to go through, but at the same time are wary of CFR Cluj and how they're more dangerous away from home than at home. We have to be prepared to be at our best".

As for Lopetegui, the only thing that matters at the minute is the result of the match tomorrow at 23.00: "As for the good and bad results, there's no doubt that we have to get a good one tomorrow. We go into the match even and we have to be at our best to beat them. Asides from this, it's always nice to win, but nothing that has happened before today is going to get us through tomorrow". In order to get the win tomorrow, Lopetegui reiterated the necessity of his team being at their best just as they nearly were against Getafe CF: "It was a difficult bonus game but the team competed well. Without being brilliant, they did what they had to do. Tomorrow is a different challenge, in a different setting. In these settings Cluj have played in different ways and they know how to compete. Besides this, we have to be focused on ourselves and be at our best".

As for the battle for places in midfield, he says it al depends on how the players have come on over the past number of days: "We haven't made any drastic changes. Obviously, Fernando and Gudelj have been playing together, but tomorrow it will depend on what we decide on how well the players have come on". Another name that was brought up was Jules Koundé, with Lopetegui assuring everyone that he "is a great player. He has the ability to play at the heart of the defence or at full back, pretty much wherever we need him to at any time".

Returning to talk about tomorrow's opponenets, he spoke about their squad and the good work done by their coach, Dan Petrescu: "Cluj have a number of very good players who play for the Romanian national side and others that we know well from other leagues. Moreover, their manager is the leader of the project. All of this makes them competitive in their league and in the Europa League; therefore tomorrow, we'll have to be prepared to play against a very well-drilled side". Furthermore he added: "We don't know how they're going to play. They have a very defined style, but sometimes they have changed between a back line of 5 and 4, just as they did in the first leg because they have the ability to adapt themselves to whatever system is necessary".

Sevilla FC's head coach insisted once again on being excited by the possibilty of progressing in the competition: "We're only thinking about playing our best and making the fans and ourselves happy". In addition, he spoke about maintaining this consistency for the remainder of the season: "We'll try to neither put ourselves down nor get ahead of ourselves. We'll try and be focused and remain consistent for what is to come".

Responding to a question on the level of football in Romania, Julen Lopetegui stated: "Romanian football has always been big in terms of European football, with great national teams and great players. They are still competing at the highest level; I have complete admiration for Romanian football".

To round off, he spoke about Munir not being selected in the recent matches, referring as well to the competitivity in the squad: "We try and put out our best team for each game. There are decisions to make and we know that sometimes we have to leave players out that don't deserve it".