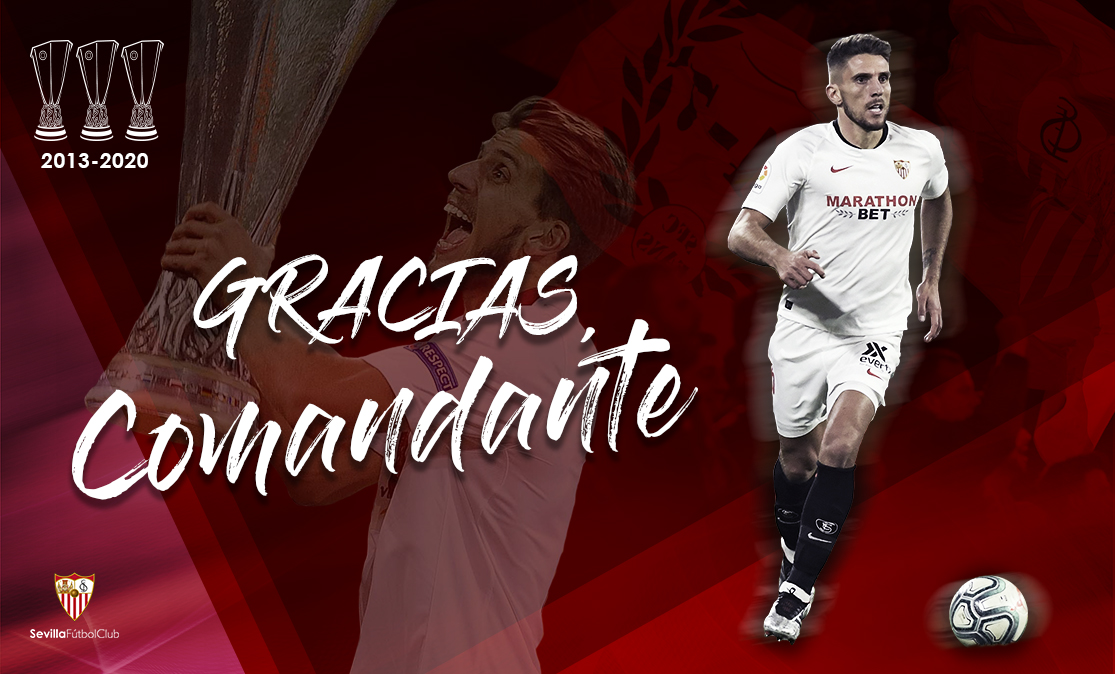 AGREEMENT WITH WUHAN ZALL FC FOR THE TRANSFER OF DANIEL CARRIÇO

Sevilla FC and Wuhan Zall FC of the Chinese Super League have reached an agreement for the transfer of Portuguese defender Daniel Carriço. The vice-captain of the club, currently the longest-serving player in terms of consecutive seasons, arrived in the summer of 2013 from Reading FC. In the six-and-a-half years since his move, he has played 167 games for the club, 111 in LaLiga -five goals-, 11 in the Copa del Rey, 41 in the Europa League -two goals-, twice in the Champions League and twice in the UEFA Super Cup.

Carriço, who began the season as a regular starter in the league under Julen Lopetegui, finishes his final season at the club with 11 matches in the league, as well as the match against Qarabag in the Europa League, his favourite competition. He played 73 matches in that tournament with Sporting CP and Sevilla FC, and won it on three consecutive occasions between 2014 and 2016.

His performances with the club, despite being hindered by injuries, brought him a debut with the Portuguese national team in 2015 and he has featured this season too.

Sevilla FC thanks the defender for his dedication over the last few years and wishes him the very best of luck as he embarks on a new challenge. A well-deserved send off for the defender is already being worked on for the upcoming days.