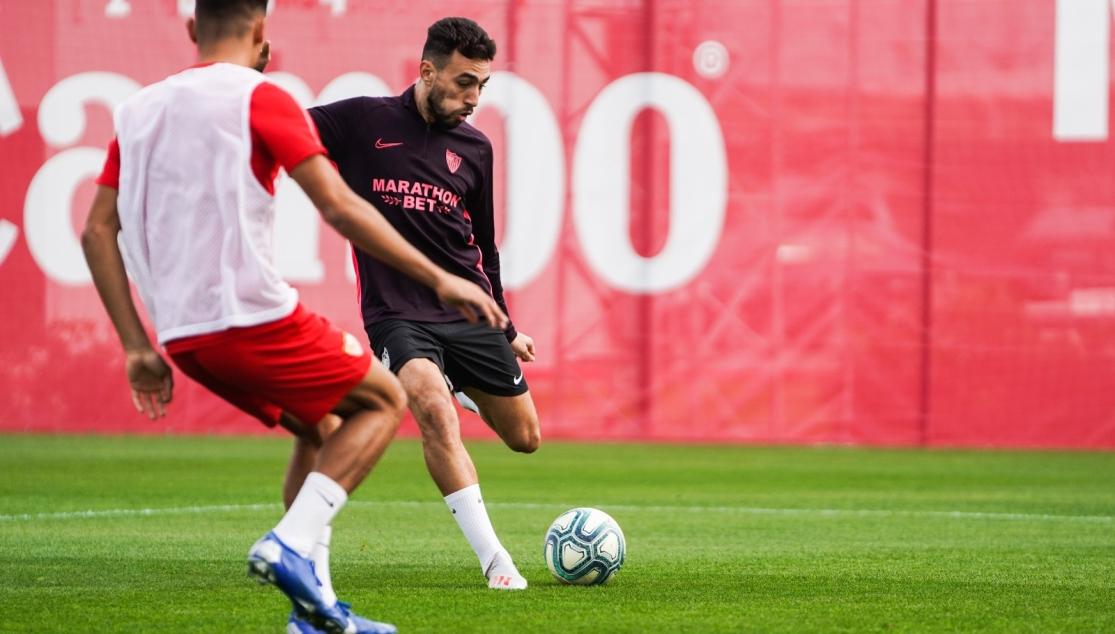 ÓLIVER TORRES THE ONLY ABSENTEE FROM WEDNESDAY TRAINING

The centre-midfielder was once again not involved in training, as he continues to recover from his injury

After a rest day on Tuesday, Sevilla FC returned to training on Wednesday, where Julen Lopetegui started to prepare his troops for Sunday's home match against RCD Espanyol in La Liga. Óliver Torres was the only absentee from the main first team squad; as academy players: Genaro, Álex Robles, and José Ángel were all called up to take part in the session.

Several players from Sevilla FC C were used during the session as the team worked on some tactical work. The team return to training tomorrow morning, Thursday, at 10.30 in a behind-closed-doors session.