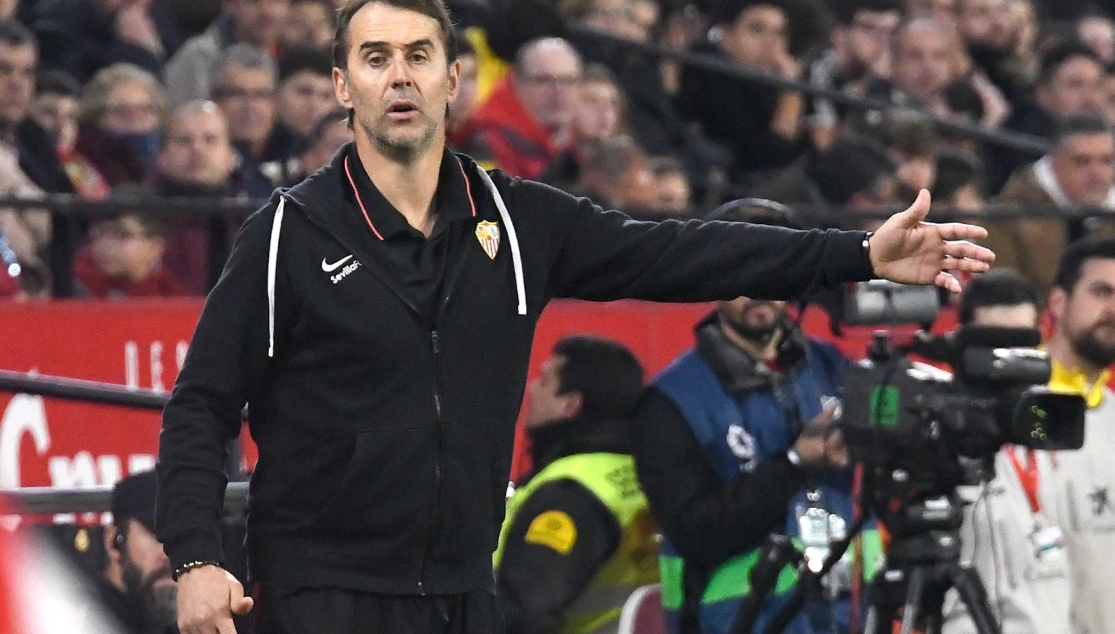 LOPETEGUI: "WE PLAYED WELL ON ALL FRONTS"

Julen Lopetegui spoke to the media after Saturday night's win in Nervión over Granada CF. He started off by saying that "we played a great game. In the first half we played at a very high level as we dominated the game. In the second half, we were a bit more conscious of the result and scoreline, but I still can't think of the opposition having too many clear-cut chances. We played well on all fronts".

Likewise, he underlined the effort levels from those players who haven't got as many minutes as others: "There's a lot of togetherness in this team and we need to keep this up. It's important that the players who usually don't play as much, step up to the plate when required". Now, Lopetegui has turned his attentions towards Thursday's cup match and insists his players cannot afford to go into the match with arrogance: "The truth is that we're playing a game almost every three days now and we have to recover mentally to compete in what will be an incredibly tough game in Miranda de Ebro".

To finish off, Lopetegui spoke about the recent reports that say that Banega will leave at the end of the season for Al Shabab Saudi FC: "It's something that we're managing at this time. From now and until the end of the season, we're going to enjoy having him with us, and I'm sure he's going to continue to be the complete professional that he has always been up until this point".