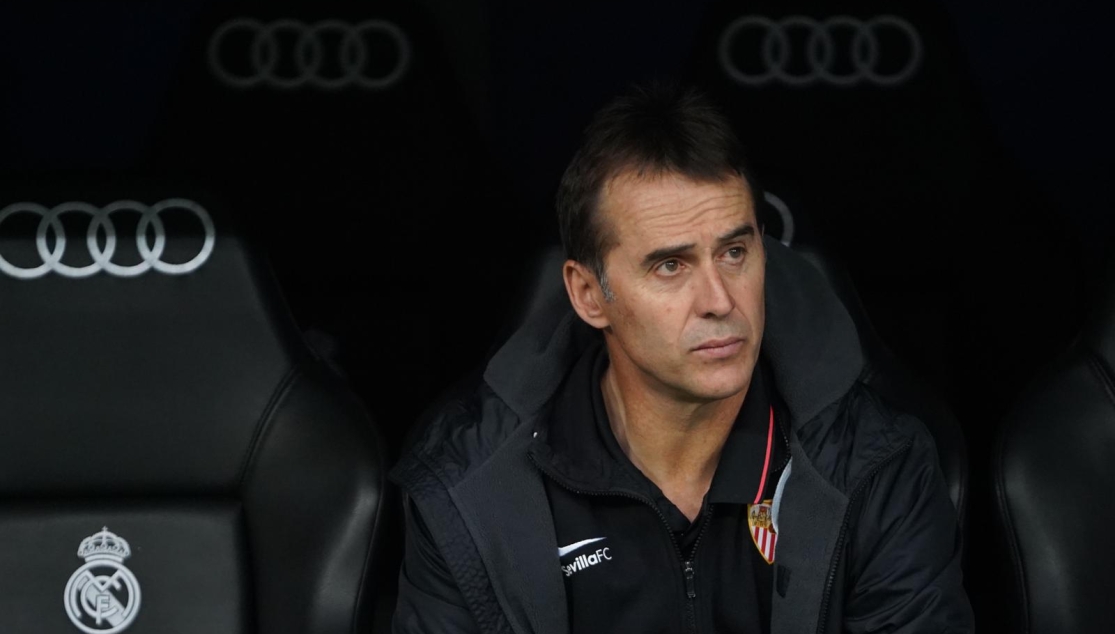 LOPETEGUI: "I DON'T WANT TO GUESS WHY THEY RULED IT OUT"

The manager said that he couldn't understand the decision to disallow De Jong's header: "I think it's a massive mistake"

Julen Lopetegui started his analysis of his side's defeat at the Santiago Bernabéu by talking about the controversy surrounding De Jong's ruled out goal: "We didn't deserve to be beaten. We played very well in the first half, and were the better team and were able to score, what seemed to me like a completely legal goal. I don't want to guess why they ruled it out. Honestly, if anyone could help me out because I'm struggling to understand it. Right now I think that it was a massive mistake and I can't say any more".

After the break, the dynamics of the game changed which cost his side: "We started off the second half by giving the ball away too much by going direct too soon which is a bad thing. They got their first goal without really troubling beforehand and we had to start to take chances. We were able to draw level, and then they hit back straight away... We gave them too much space to play. We weren't able to get the draw in the end and for that, we aren't happy".

"We gave them too much space to play"

In addition, he was annoyed with how the winner came about: "It's something that we spent the whole week working on. We didn't defend well in this instance and as well as that, they had more space to run in to. We had to start running backwards towards our own goal, which is something we obviously don't like to do. Despite this, we did have our own moments as well".

The manager didn't have a bad word to say about his players: "There's no bad things I can say about my players, I only have admiration for the work they have done. There's little things that make the difference and unfortunately we weren't able to get anything out of the game". Finally, he spoke about the new signing, En-Nesyri: "We knew that there would be gaps, and we wanted to bring him on even before we got the equaliser. He came on, but unfortunately there wasn't enough time for him to make the most of these gaps".