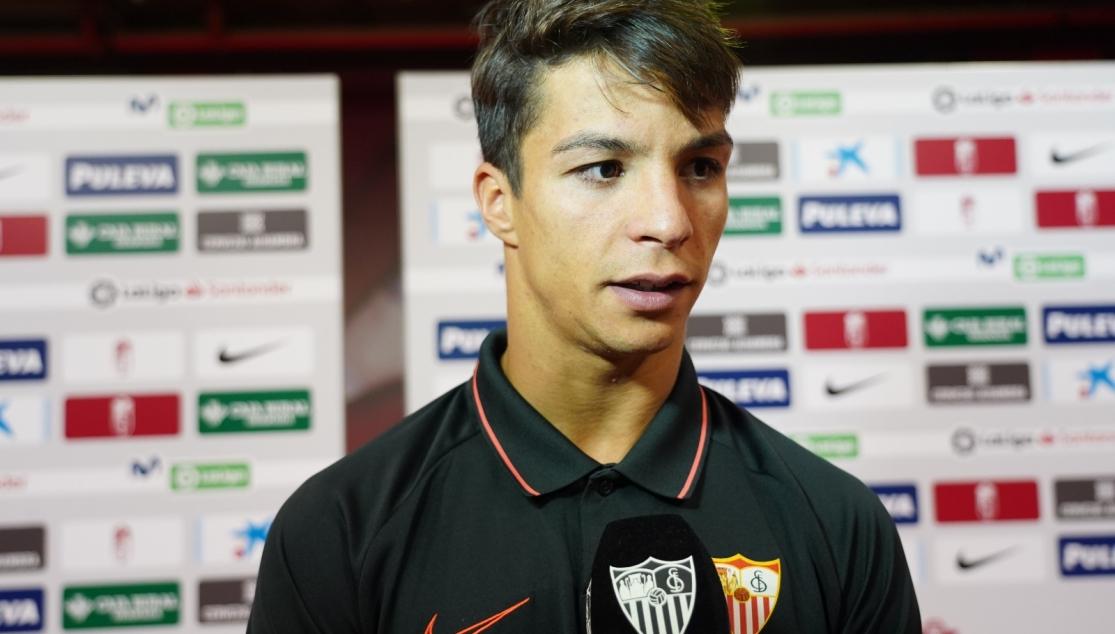 ÓLIVER TORRES: "AS A TEAM, WE ARE GOING TO TRY TO KEEP ON IMPROVING AND GROWING"

The Sevilla centre-midfielder is confident that he is fitting in well, using a system that fits his style of play

Óliver Torres, who started in the 'Trofeo Ciudad de Granada', gave his thoughts at the end of the game which saw Sevilla FC succumb to their first defeat of pre-season: "Pre-season matches are there to get us ready to start the La Liga season. It is true that the game was difficult, the opponent were very good. They pressed us very well and made it very complicated for us. Now, it is a matter of finding solutions to be able to improve in the areas in which we failed today. With the league starting just around the corner, I believe that it has been a good test to enable us to start the season strongly".

It was during the best moments for Lopetegui's side when the winning goal from Granada came: "Yes, the truth is that we were playing well. We were finding spaces and playing in their half. A ball at the far post gave Granada their victory. As I said, these are the small details, small margins that make the difference. Starting tomorrow in Extremadura, and continuing into the start of the week, we must improve on all of this so that, whenever it comes to the first league game, we are ready".

Sevilla FC starts the last week of preparation before kicking off La Liga far from home against Espanyol: "As a team we are going to try to keep on improving and growing. We must improve on what we failed on in the matches and in training, and strengthen on what we did well. The first league game against Espanyol is just around the corner. We cannot wait for it to come".

From a personal point of view, the footballer from Navalmoral de la Mata was very satisfied: "I have settled in very well, we are playing in a system that fits my style of play. I feel comfortable and I get on really well with my teammates. I am trying to improve and train in the best way possible. I am trying to grow and support my teammates no matter where we are. We are here to help the team".