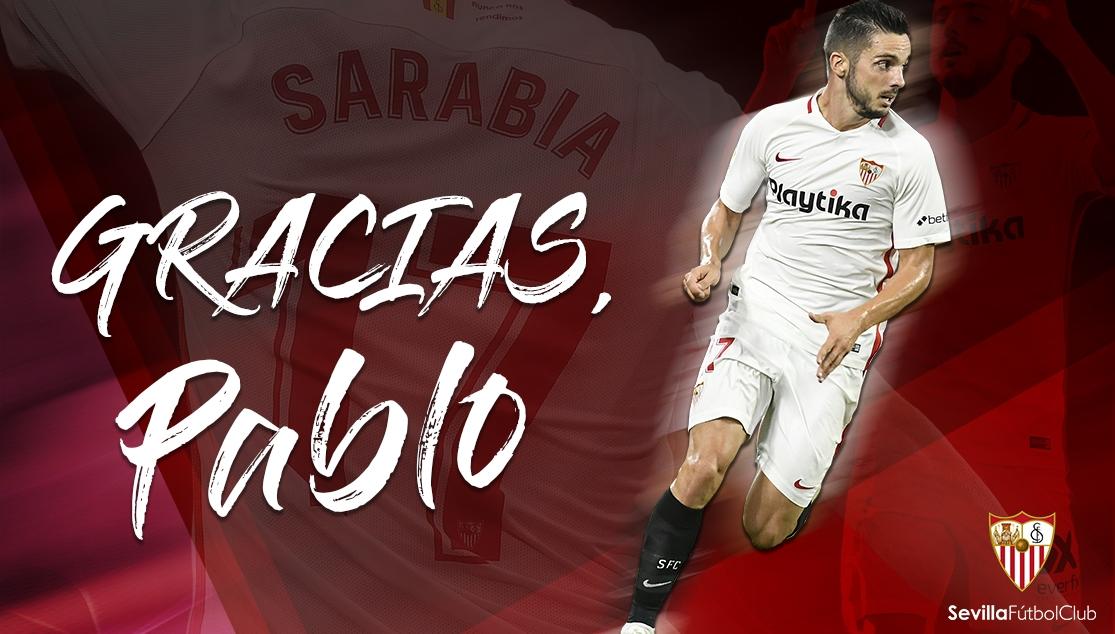 AGREEMENT FOR THE TRANSFER OF PABLO SARABIA TO PARIS SAINT-GERMAIN

Sevilla FC and Paris Saint Germain have reached an agreement for the transfer of Pablo Sarabia to the French champions. Sarabia leaves Sevilla FC after three seasons at the Club, since his arrival from Getafe in the 16/17 season. In his three campaigns, the midfielder has played in 151 official matches, providing an impressive 43 goals and 38 assists in the process.

The 18/19 season was Sarabia's best, with the midfielder scoring 13 goals and providing 13 assists.

Sevilla FC would like to thank Sarabia for his extremely hard work over the past three years and wish him all the best for the next step in his career.