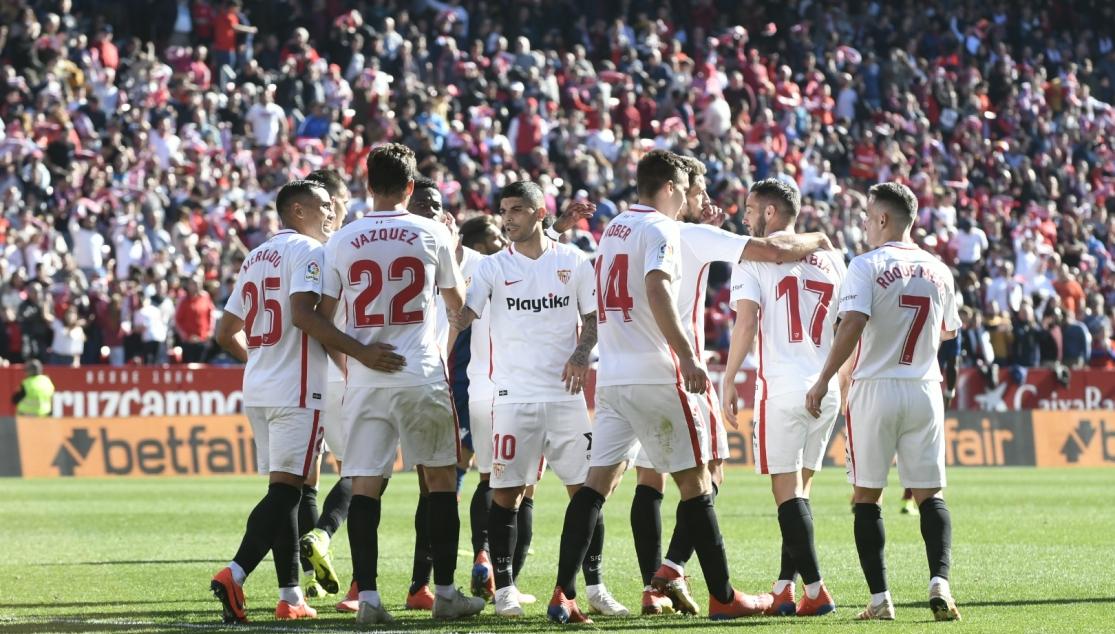 After Alavés' defeat against Real Sociedad, Sevilla FC have secured their 15th European qualification in the past 16 seasons, a feat matched by very few teams from Europe's top five leagues

Alavés' defeat against Real Sociedad has mathematically secured Sevilla FC's qualification into Europe. At the very least, the Nervionenses will finish six and if Valencia were eighth and qualified for Europe through the cup, Sevilla would be in sixth place. Therefore, without yet knowing their final position, Sevilla FC have renewed their European passport to play continental football, something that the Ramón Sánchez-Pizjuán is now used to.

Being in Europe year-after-year is no mean feat.  In fact, when Sevilla FC qualified for the UEFA Cup in the last match in the 2003/04 season, half of Sevilla came out to the street to celebrate their team returning to Europe after being without continental football since 1995/96 when Barcelona knocked them out in the round of 16. Not even the most optimistic could have envisaged back then that, only two years later, Javi Navarro would lift the club's first European title in Eindhoven. More than 15 years have passed by since Baptista's goal in Osasuna which sealed their return to Europe in which the team were eliminated by Nacional de Madeira. Many things have changed in those 16 years but they have one thing in common.

Julio Baptista's goal against Osasuna in May 2004 was the start of a glorious era which is still ongoing, making Sevilla FC a regular in Europe

Sevilla FC have only missed out on Europe once since 2004/05 which is not something that many European clubs can say. In the past 16 seasons, only four clubs have qualified every year and one club could match them in the coming days: FC Barcelona and Real Madrid in Spain, Bayern Munich in Germany and Arsenal in England. Olympique Lyon could match them however they have not mathematically secured their qualification yet. Barcelona have the record of playing in Europe every year since continental football was established in 1955. Real Madrid and Lyon missed out on Europe for the last time in 1996/97, Arsenal in 1995/96 and Bayern Munich in 1992/93.

Sevilla FC only qualified for Europe eight times in the 20th Century; they are already close to doubling that figure in the 21st

In France, not even the all-powerful PSG can match Sevilla's pace over the past 16 years. The Parisian side have now qualified thirteen times, something which only Lyon can beat. Marseille are pushing for their 13th appearance, while Lille are now on 10. In England, Arsenal have a full-house, with Chelsea and Manchester United equalling Sevilla on 15. Tottenham and Liverpool are on 13, with Manchester City on 8. Finishing up with the Bundesliga, after Bayern who have qualified every year, Schalke is the next highest team with 13 qualifications. Leverkusen could equal that in the coming days, while Dortmund are on 11.