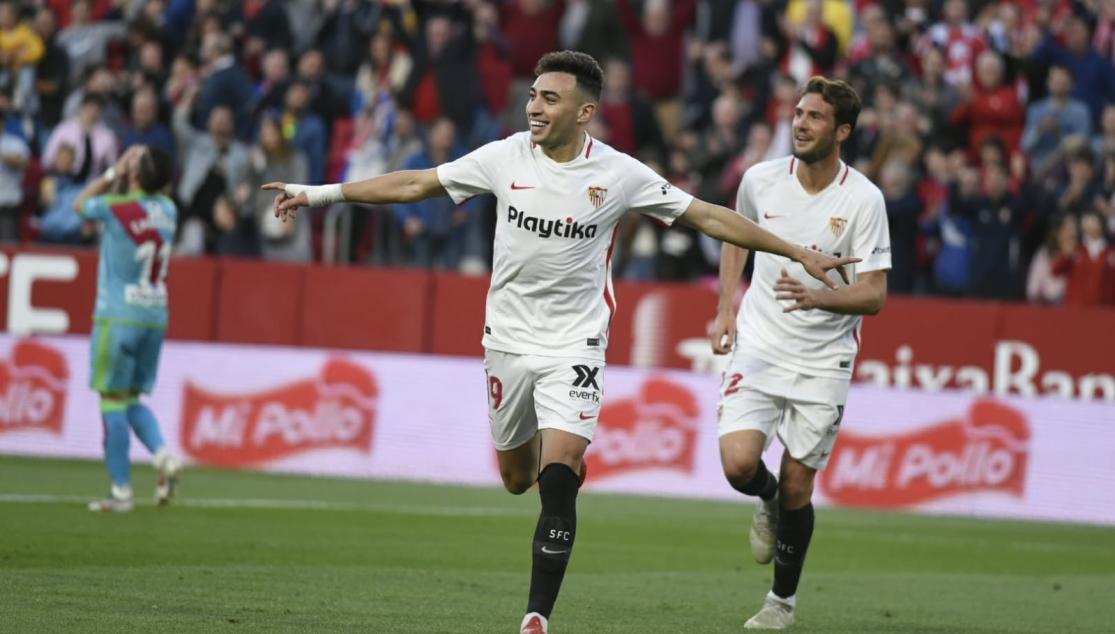 5-0: THE FIRST HALF KEPT US WAITING BUT THE SECOND BROUGHT ABOUT ANOTHER ROUT AT HOME

Sevilla took their time to open the scoring in Nervión but once they did they showed no mercy against Rayo Vallecano. From the 55th to the 87th minute, Caparrós' men scored five goals after not being able to beat Alberto in the first 45 minutes despite their best efforts. The three points were vital and put Sevilla on 55 with twelve to play for.

Sevilla arguably deserved more going into the break than a 0-0 after a first-half in which they consistently attacked Alberto's goal. The first chance came in the 7th minute, with Banega firing a wonderful free-kick goalwards but Alberto was on hand to send it wide. Sevilla attacked both down the left with Promes and Munir and the right with Navas and Sarabia, breaking into Rayo's box but lacking the finishing touch. Rayo attempted to counter following Sevilla's attacks but they failed to worry Vaclík too much.

Sevilla killed the game in a 7-minute siege with three goals, Munir notching a brace and providing an assist

The second half began as the first ended with Sevilla on the attack, except this time the goals would arrive, three in a seven-minute spell. Promes was the first to fire past Alberto to calm Sevillistas' nerves. With the floodgates open, Sarabia would provide Munir with a goal barely a minute later, the striker showing composure to control and fire past Rayo's goalkeeper.

With the game in Sevilla's favour, Munir, who played an excellent game, made the most of a rebound to seal his brace. The striker would not stop there, providing a spectacular assist to Ben Yedder before coming off for Bryan Gil.

The rout was completed, to the joy of the whole stadium, by the youngster Bryan Gil. The academy player received a pass from Sarabia and, with a bit of composure fitting of a veteran, dribbled past the last Rayo defender and fired past Alberto. A wonderful goal to round off a brilliant night in Nervión despite the fact that the goals took a while to arrive.

Sevilla will look for another win away from home on Sunday against Girona which would assure them of a European place this season and would keep the fight for fourth place alive.