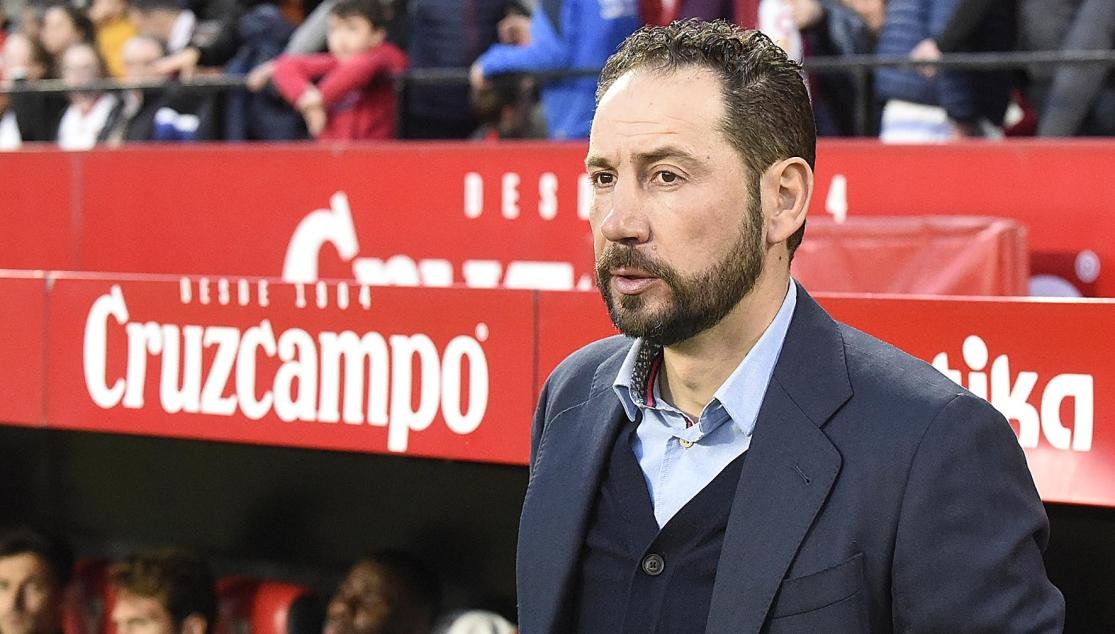 MACHÍN: 'THE TEAM KEPT BELIEVING AND THEY GOT THEIR REWARD'

Pablo Machín, Sevilla FC's manager, rued 'making it too easy' for the opponent during certain phases of the game against Eibar in Nervión, praising the team's spirit: 'Other than the point, the best was the team's spirit which, against adversity, made them keep going even with ten men and 2-0 down... as our motto goes we never surrender and the team showed that today. Maybe they played with their heart more than their head, but it's what we had to do. We ran the risk of conceding a third but it worked out for us. There is a lot to analyse and things to improve on... But I'm happy with the comeback and the team's spirit.'

'We even had two chances at the end to make it 3-2 and they scored two goals even though they had fewer chances. We should have been better defensively with the first goal and more switched on for the second from the corner, we made it too easy for them... It's my job to correct that, but the team also put in a great effort. We were up against an intense opponent and the team, even with one man less, got the comeback. I'm proud of that,' he added.

Machín continued analysing a game in which his team managed to scrape together a point: 'They didn't have that many chances before making 1-0, they did control some phases in the first half, but we started well and they make it 1-0 with their first clear shot. Then we had a moment of doubt but we went back to controlling the game and what we didn't want certainly was another goal against us and certainly not from a set piece which made the game a lot more difficult. And with everything against us, the team kept improving and they got their reward. We have got a hard-worked but valuable point.'