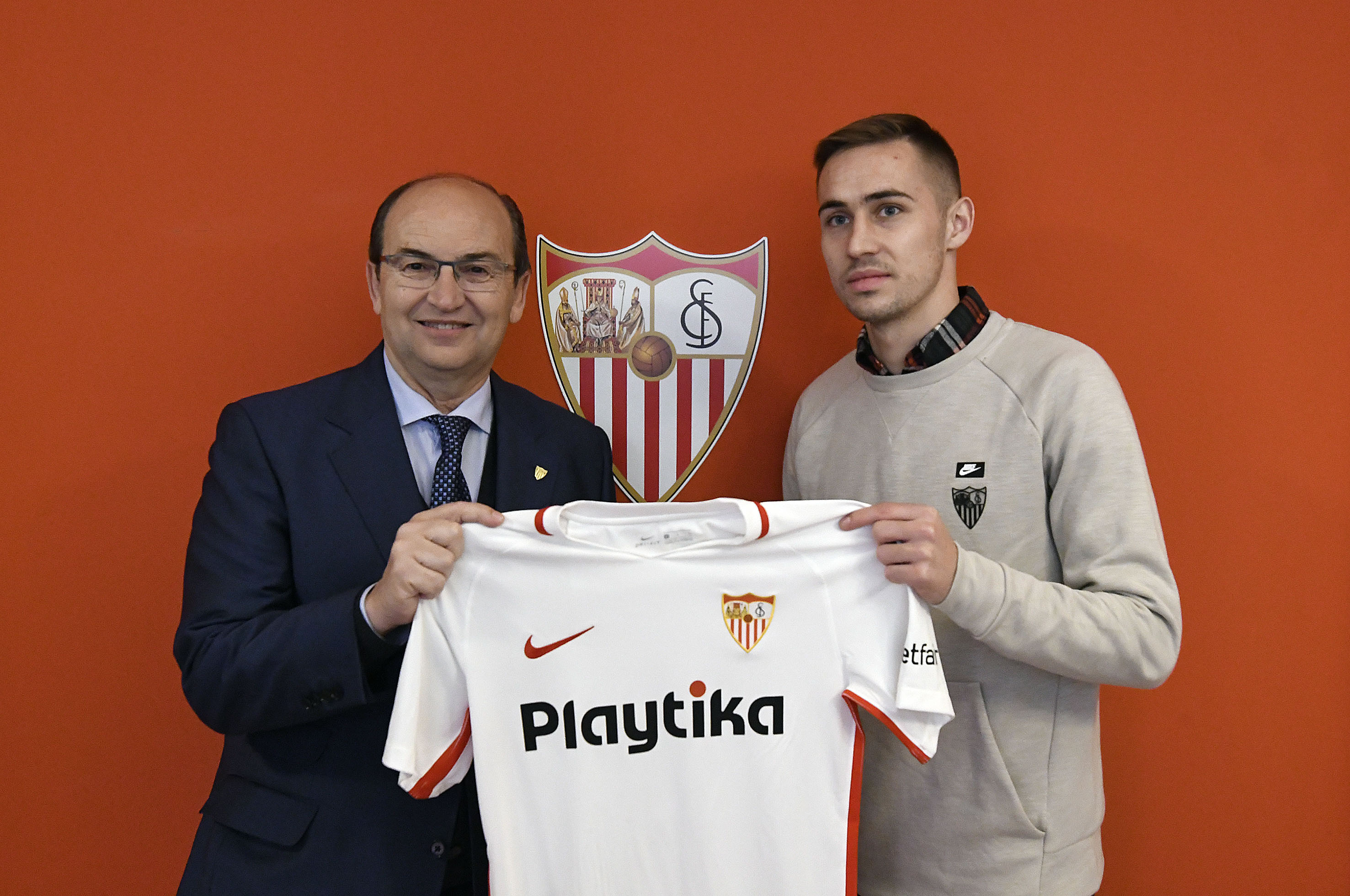 AGREEMENT WITH NAPOLI FOR THE LOAN OF MARKO ROG

Sevilla FC and SSC Napoli have reached an agreement in principle for the loan of Marko Rog until the 30th of June 2019. The Croatian midfielder was born in Zagreb and is 23 years-old - turning 24 in July. He is an international, having debuted at just 19 against Argentina and was a regular in qualification for the 2018 Russia World Cup - which saw Croatia make the final. Though he did not make the final squad (having made the preliminary selection), Rog was selected for the 2016 European Championships and has played in the UEFA Nations League. Once completed, the loan will make Sevilla's third incorporation of the winter market after Munir and Wöber - setting aside Dabbur's arranged summer transfer.

Joining the youth ranks of NK Varteks Varaždin at 11 years old, Rog would make his debut in the Croatian third division at just 18. Impressive performances would permit him to make the leap the following season to RNK Split, who had secured a place in the Europa League. The young midfielder wouldn't just fit in at elite level but would quickly make himself indispensable in the centre of the park. He would end the season with 30 league appearances (seven goals and five assists), seven Europa League appearances (one goal and two assists) and seven cup appearances (one goal, in a tournament which saw RNK Split lose on penalties in the final against Dinamo Zagreb).

Debuting at just 18, Rog would stand out in the Champions League for Dinamo Zagreb

It wouldn't take long before Rog had his hands on domestic silverware, joining the very same GNK Dinamo that summer. There, he would be just as crucial, missing just two league games (34 appearances with four goals and three assists), making 12 Champions League appearances (two goals) and featuring in four cup games (this time with a goal in the final, in a winning effort against NK Slaven Belupo). With the sky the limit, Rog would make another step up just one season later, joining Napoli in summer 2016.

In his debut season in Italy, the midfielder played in 15 Serie A matches, eight Champions League matches (three goals) and two cup matches. In the 17/18 season, he would progress further, making nearly double the number of appearances in the league (28 appearances, one goal) six UCL appearances, one UEL appearance and two cup appearances. This season, he has featured eight times in Serie A and once in the Champions League under the instruction of Carlo Ancelotti. He now makes the move to Nervión to continue an exciting and promising career.