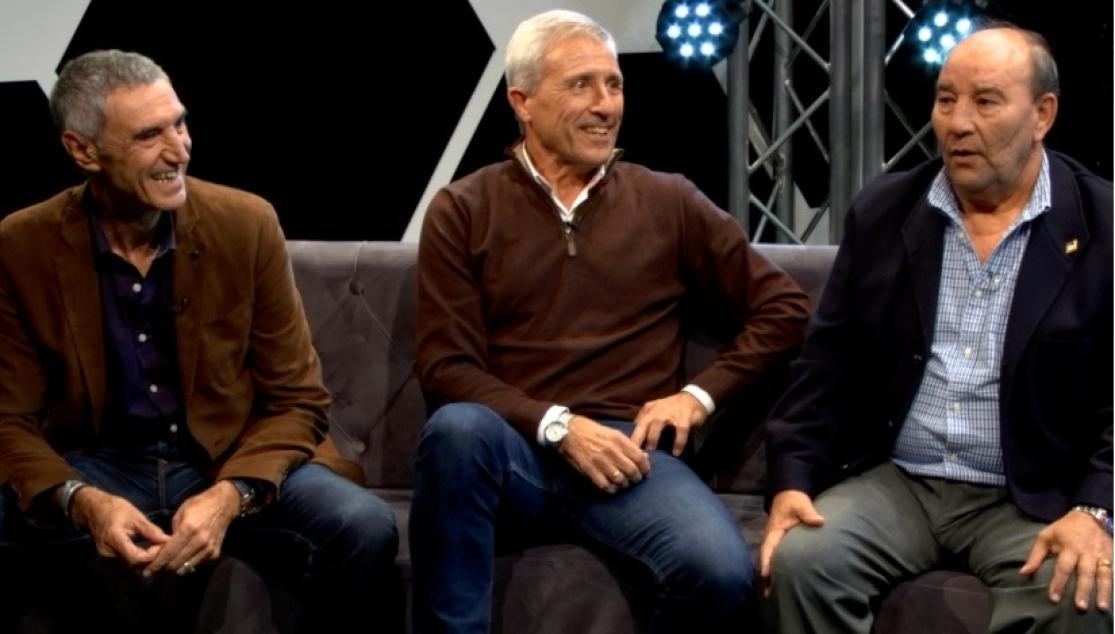 PABLO BLANCO: 'I'VE BEEN ABLE TO DO WHAT I LIKE FOR MY TEAM AND MY CITY'

'I've been lucky and I recognise that,' said Sevilla's new Hall of Fame member

Pablo Blanco, who will enter Sevilla FC's Hall of Fame on Thursday, was the star on 'A Balón Parado' where he evaluated his time with Sevilla and his upcoming recognition by the club: 'The best thing to be is to be happy. I'm where I'm happy and I've been able to do what I like, which is football, and I've spent many years doing it. In my team and my city. I've been lucky and I recognise that.'

Blanco spoke about how he found out about his nomination to Sevilla FC's Hall of Fame and how he reacted: 'The president told me. His secretary called me and told me that he would like to speak with me in his office. He told me that the Area of History had decided to nominate me this year as the Hall of Fame member. I thanked him for everything and the first to know it were Marta and my children.

'I couldn't have imagined spending so many years here, but I've never wanted to leave Sevilla'

'As children, we all have dreams to be footballers. In those dreams, when you're playing for other clubs, you could never imagine that this moment would arrive, being able to say you've spent so much time at Sevilla FC. I've always been there with my work, my values, my dedication... I've never wanted to leave Sevilla and I've been lucky enough that they haven't sacked me either,' said the Director of the Academy regarding how fortunate he feels about his career in Nervión.

Regarding what it means to be from Sevilla, play for Sevilla FC and live in Sevilla, Pablo Blanco stated, 'as a club, Sevilla FC has grown a ridiculous amount. I visit a lot of cities now that I travel with the first team and I think there are only two cities which can compete with Sevilla, New York and Istanbul. Sevilla has everything you need to live perfectly. It's incredible in every sense.'

The new Hall of Fame member was accompanied by Antonio Álvarez and Curro Sanjosé, also members of this select group, discussed their times at Sevilla and how the club were currently doing.