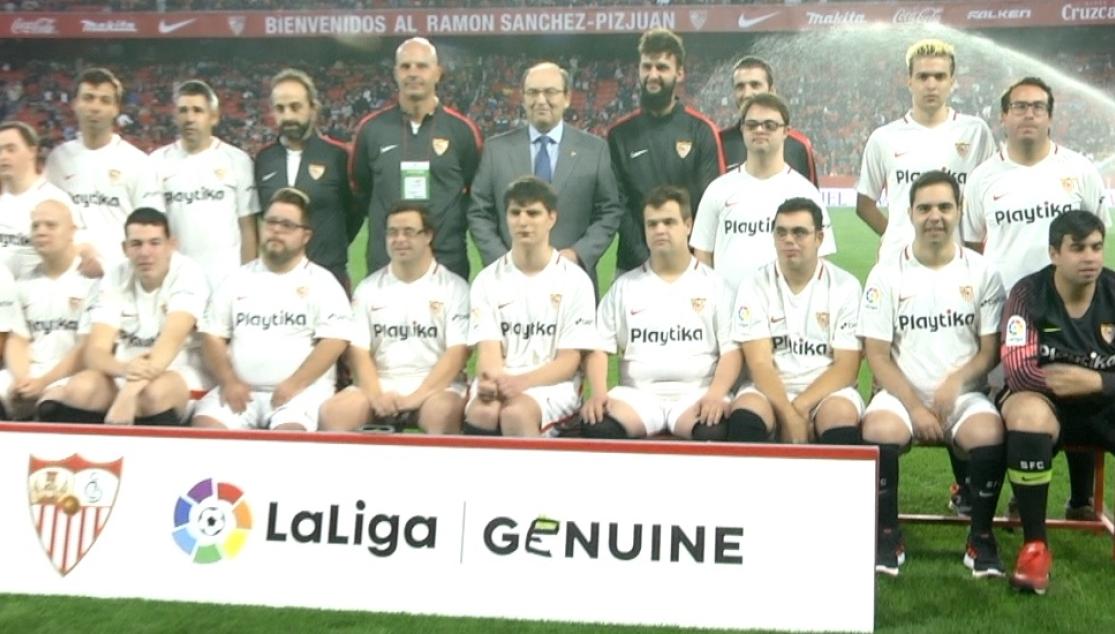 UNFORGETTABLE EVENING AT THE SÁNCHEZ-PIZJUÁN FOR SEVILLA FC GENUINE

On Sunday evening, in the build-up to the match against RCD Espanyol, members of Sevilla FC's LaLiga Genuine team, with their coach Kepa Blanco, had an experience to remember at the Ramón Sáncehz-Pizjuán together with the Sevilla fans. After the first team had warmed up on the pitch and returned to the dressing room, the stage was handed over to these players that form Sevilla FC's unique squad.

One by one, every player's name was announced over the loudspeakers, as they walked onto the pitch to the applause of all those present. The definitive surprise for the LaLiga Genuine team arrived when Sevilla FC and RCD Espanyol, already on the pitch, stood on either side of the tunnel exit to form a guard of honour, where they could walk through and greet all the first-team players, turning the moment into an unforgettable and emotional memory for each one of them and their family members in the stands.

To cap off a magical evening, they will always be able to keep the photo they took together with Sevilla's starting eleven and the president José Castro before the start of the match, in which they saw Sevilla come out with the win.