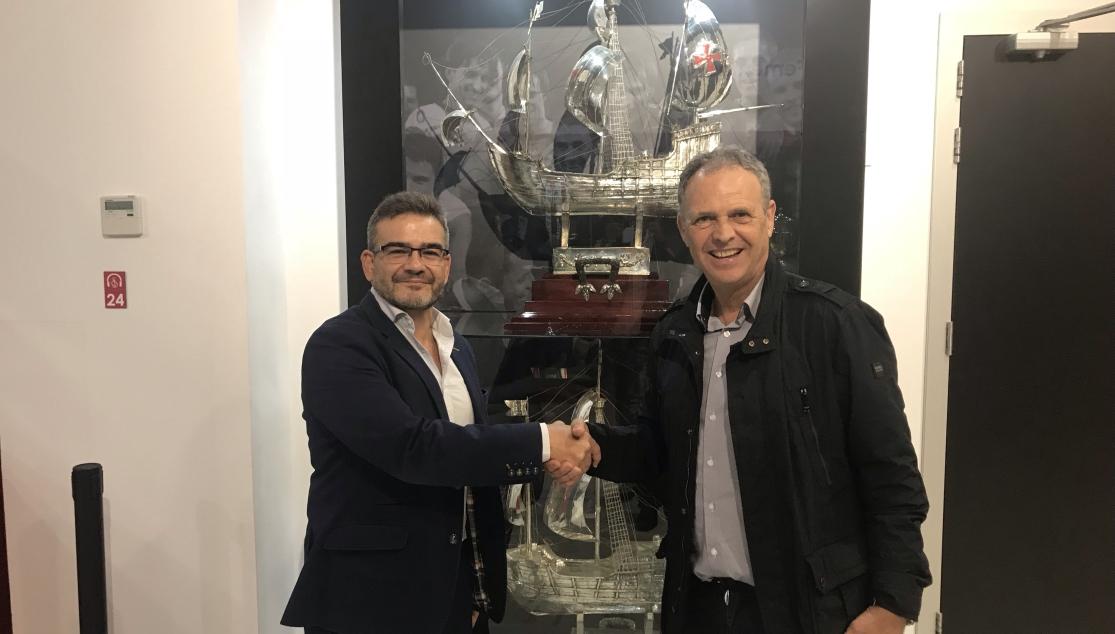 The match will kick off at 20:00 in the Estadio Nuevo Colombino de Huelva

Sevilla FC will come up against Recreativo de Huelva, a senior member of Spanish football, on 14 November in the Colombino Trophy in the Estadio Nuevo Colombino at 20:00. The Club has accepted the invitation from the company Blackswan Media SL who currently have the rights for this friendly tournament. The tournament will make use of the international break in November. The General Director of Blackswan, Javier Jiménez Sacristán, visited the Ramón Sánchez-Pizjuán yesterday afternoon to seal the deal.

Sevilla FC have four Colombino trophies in their locker, the last one coming in 2005, and their last participation in the tournament was in 2006. Sevilla's Director of Football, Joaquín Caparrós, showed Sacristán the four caravels that are on show in the recently inaugurated Sevilla FC Stadium Tour. The match, which will determine who gets the trophy, will be announced in Huelva in the coming days with representatives from both clubs.