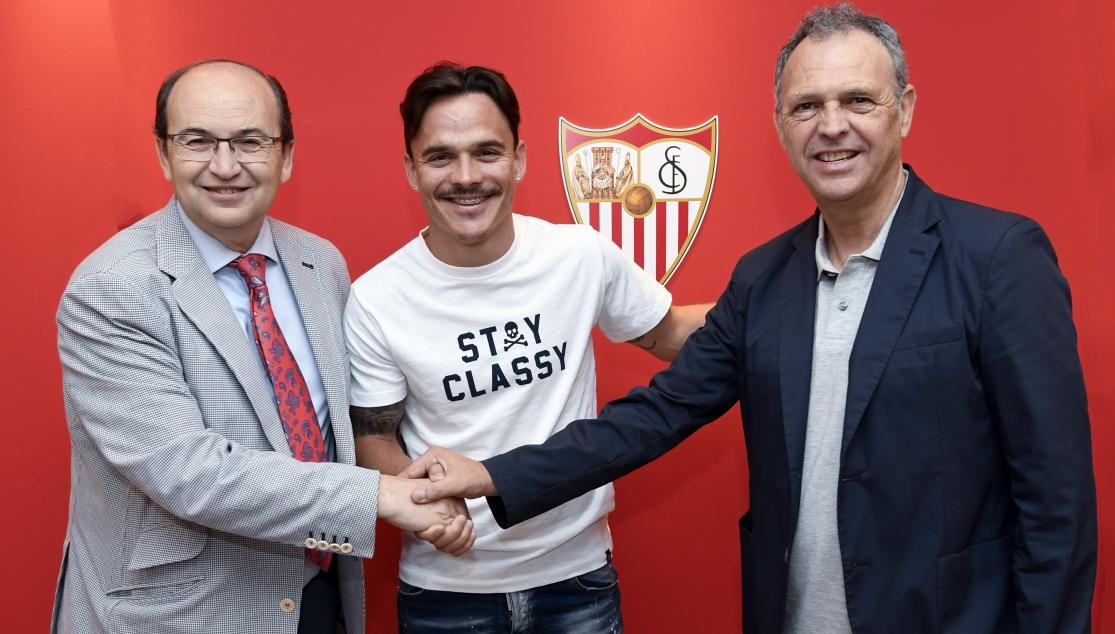 The former Swansea City man extends his stay having spent the second half of the 17/18 season with the Nervionenses. His deal will keep him at the Club for three seasons

Sevilla FC and Swansea City have reached an agreement for the transfer of Roque Mesa to the Nervionenses. The player passed his medical this Wednesday and has signed for the next three years.

Mesa arrived at the Club in the winter transfer market of 17/18, though he would not achieve continuity in the First Team until the arrival of Joaquín Caparrós at the end of April. The Canary native played seven games for Sevilla, starting and impressing in the last four of the season.