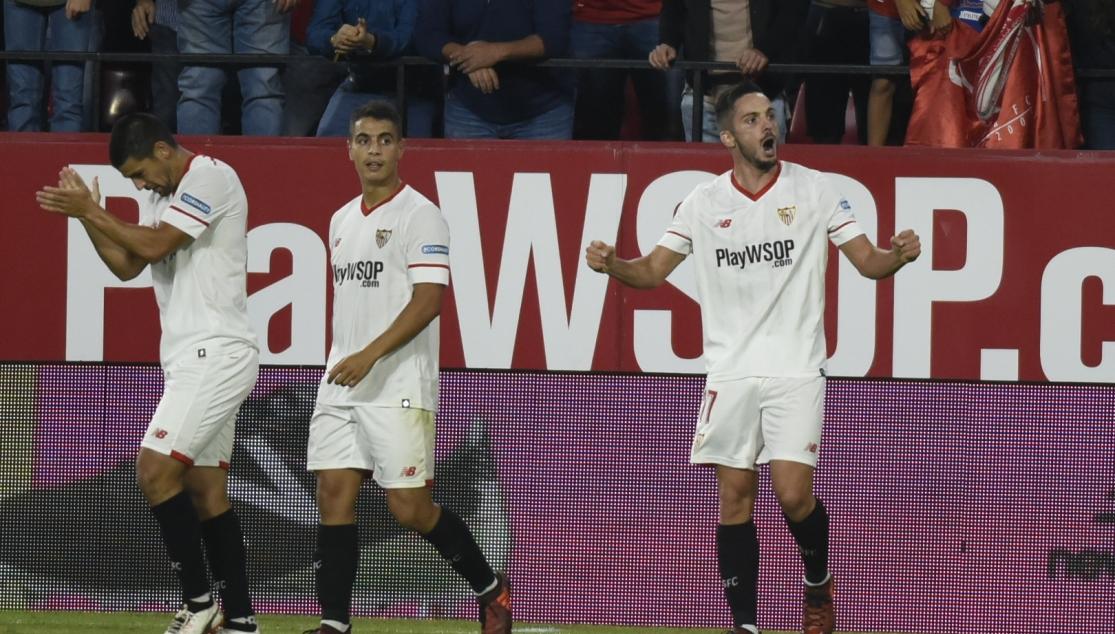 An midday kick-off in Butarque sees Sevilla FC face Copa del Rey semi-final opponents CD Leganés. In the last game before the international break, the Nervionenses will be looking to replicate their performance in Old Trafford to continue picking up points in La Liga

Reality comes before dreams. Return to La Liga Santander represents nothing more than a return to reality, in a competition just as important as any other Sevilla is still alive in. Sunday's midday kick-off against CD Leganés gives Sevilla the perfect opportunity to take the momentum gained from dreams come true in Old Trafford and exploit it in domestic competition. Tomorrow's face-off with the Madrid-based side is the fourth of the season, with Sevilla already having picked up two wins and one draw this campaign. Finding the same performances that pushed the side to 2-0 and 2-1 victories in the Sánchez-Pizjuán would serve us well and would give the team a solid base for improvement in the league.

Our latest outing against Garitano's team shows just how tight affairs could be tomorrow morning. Though it was the decisive win that put Sevilla in the final of the Copa del Rey, Leganés made Sevillistas sweat. With Ben Yedder opening the scoring, Szymanowski would equalise with a penalty that put the game in the balance. Though Sarabia would thankfully finish skillfully to put the tie to bed, Leganés left with their heads held high after a stunning cup campaign. Sevilla will need to expect the same sort of spirit tomorrow from a side who has defied expectations in their first seasons in the Spanish top-flight.

With an international break looming after the 29th game of the league season, Sevilla will need to do their homework well. Though both teams come into the game off 2-0 losses in the league - Leganés in the San Mamés against Athletic Bilbao and Sevilla at home against Valencia - the Nervionenses will now carry with them the momentum of a stunning 2-1 victory in the Theatre of Dreams and Leganés will come in knowing they can (as they have proven) beat any team on home soil. Leganés' record in Butarque sits at 6 wins and 4 losses, with a goal difference of +1. Of 23 goals scored, only five have been before half-time and 18 have come in the final 45 minutes.

Ben Yedder, Muriel and Sarabia are Sevilla's biggest goal threats with six each

On the subject of goals, both teams share their goals among a large group of players. For the hosts, 14 goals have been shared between Pires (5), Eraso (3) and Szymanowski, Guerrero and Beauvue (2). Sevilla's scoring trio has been Muriel, Ben Yedder and Sarabia, with 6 goals each; Montella's men may see it as a positive stat that since the Italian coach's arrival in the Andalusian capital, the hosts have only managed five goals in six La Liga games.

Dreams can wait for April, it's time to secure European football for the future

After history was made in Old Trafford and the excitement of a quarter-final draw filled the Sánchez-Pizjuán this Friday, an early morning battle in Butarque could be exactly what the doctor ordered to keep feet planted firmly on the ground. Looking to secure European football for the future, an away La Liga win would be the first step to show that Sevilla have not been carried away by the exhilarating highs of this season. Dreams came be saved for April, in March, Sevilla need to be wide awake.