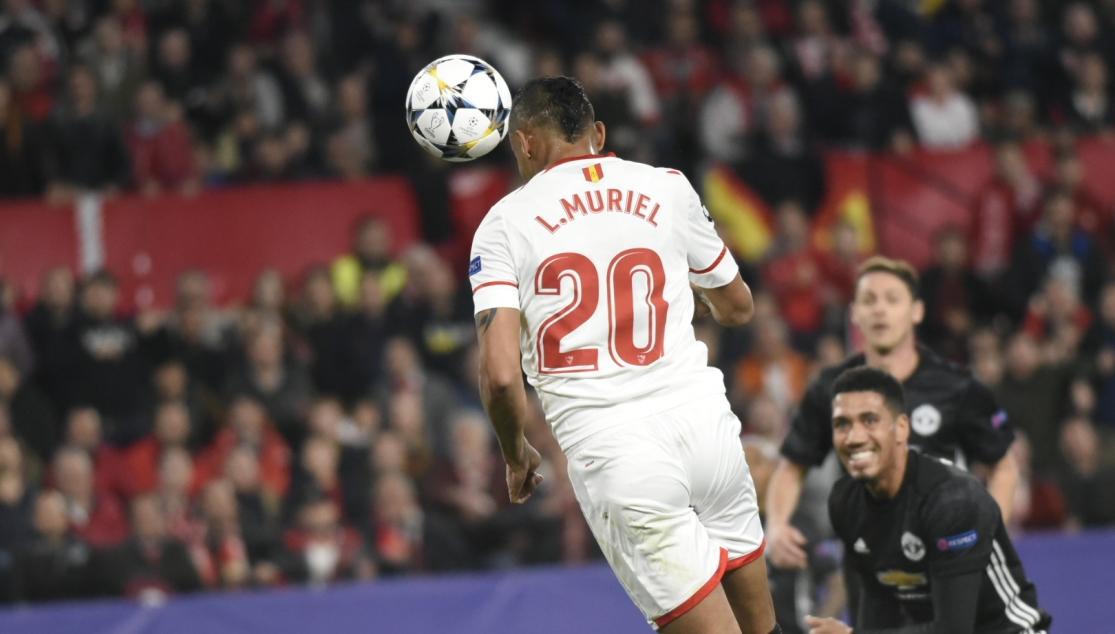 READY TO SHOW THAT DREAMS DO COME TRUE

Sevilla FC face Manchester United in the second-leg of the Champions League Round of 16. Needing only a score-draw to qualify for the quarter-finals of the competition for the first time in 60 years, Sevilla will find encouragement in performances against English sides this season. United will be extremely tough opposition but Sevilla will be out to prove they belong on the biggest stage in European football

Tonight, Sevilla FC have the chance to continue making history in the greatest club competition in the world. Having never won an official fixture on English soil and with sixty years having passed since the team last reached a quarter-final of Europe's elite level tournament, you would be forgiven for thinking the Nervionenses come in as underdogs. With losses to Arsenal in 07/08, Manchester City in 15/16 and Leicester last season weighing heavy in the memory and Manchester United's home form going from strength to strength in the league following victories against Chelsea and Liverpool, lesser teams could even come in already bowled over by the occasion. Sevilla Football Club is no ordinary team. Having already achieved incredible things on the grandest stages in football, tonight's stage - the Theatre of Dreams - now awaits a visiting side that doesn't know the meaning of the word surrender, and a visiting side that is ready to prove that dreams do come true.

Despite a regrettable record against English teams in the Champions League, encouragement can be found in the fact that Sevilla have not lost any of the three fixtures they have played against English opposition this season. With a dominant performance in the first-leg against United, all that was lacking was a way past a brilliant David De Gea and a stroke of luck that could have given Sevilla an advantage in the tie. A 0-0 draw did not reflect Sevilla's efforts and a repeat performance would certainly put the Nervionenses in with a huge chance of qualification.

Despite a regrettable record in knockout ties against English opposition, recent performances against United and Liverpool give reason to believe

Before then, two impressive score-draws against Jürgen Klopp's Liverpool give reason to believe in Sevilla FC. With United failing to find the back of the net at the Ramón Sánchez-Pizjuán, repeat results - results that saw Sevilla draw 2-2 at Anfield following goals from Wissam Ben Yedder and Tucu Correa and 3-3 in Nervión after falling 0-3 behind before half-time - would be enough to see the side through to the quarter-finals of the Champions League. Far from needing a miracle, Sevilla only need to score once to throw a spanner in José Mourinho's plans.

And the Europa League penta-champion is more than capable of doing just that. Now facing the side that just last season etched their name onto Sevilla's trophy for the first time in history, the stage is set to remind the world that Sevilla always rises to the biggest occasion in knockout competition. With both teams adrift of their closest rivals in the league - United 16 points back from City at the top of the Premier League and Sevilla now 11 back from Valencia - both have extra incentive for memorable cup runs. With Sevilla already in the final of the Copa del Rey - facing FC Barcelona next month in the Wanda Metropolitano - the momentum is already there keep another cup dream alive.

When looking at what to expect from United, Sevilla will have to be ready for a typically solid, well-organised and patient José Mourinho team that has proven to be extremely dangerous when breaking with speed. Of all their Champions League fixtures played this year, United have only conceded three. Going forward, the Manchester side have 12 in their favour, with Lukaku and Rashford the most dangerous weapons in Europe this season with four and three goals respectively. For Sevilla's part there is one clear leader in goals scored, with Wissam Ben Yedder bagging half of the dozen scored. If he can be said to have any, Mourinho might have some cause for concern that of his seven Champions League ties lost, five have been to Spanish sides.

But if there's anything Sevilla need to do in the Theatre of Dreams it will be to keep feet firmly planted on the ground and remember that football talks above all else. Sixty years may be a long drought for Sevilla FC to overcome for Champions League fame but when the whistle blows in Stretford tonight, history, records, superstitions, myths and reputations go out the window entirely. Both sides will be ready, the battle lines are drawn; it's time to show the world what we can do.