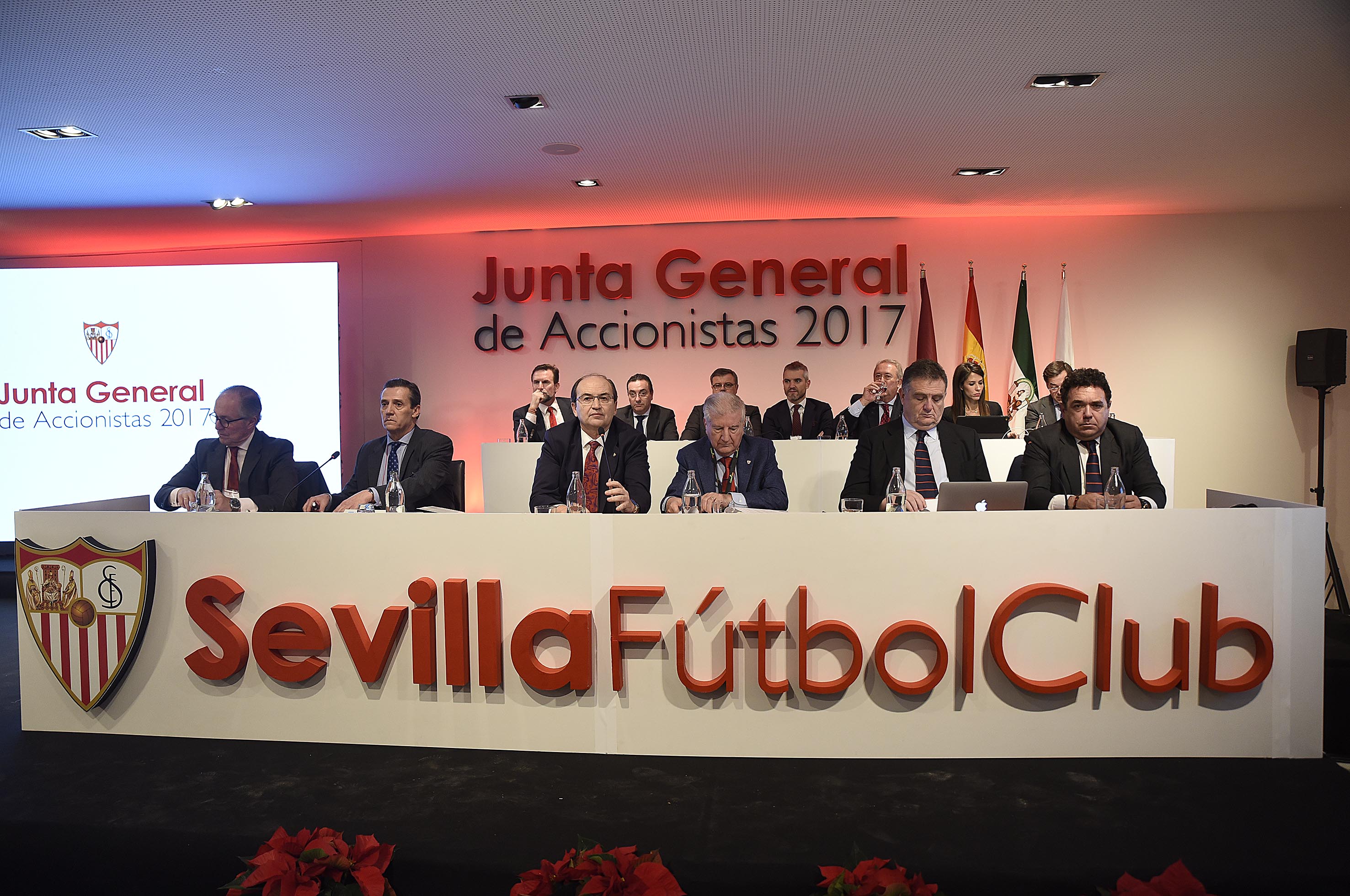 Juan Luis Villanueva took the stage again to lay out the accounts for the 2017/18 season. His report threw up numbers that totalled 212 million Euros in income - with more than 152 million Euros in revenue. They are figures that were presented to La Liga this past May and have already grown by 58 million thanks to transfer dealings in the summer - when just 34 million had been estimated. The consultant explained that the principal destination for the income will be the financing of Sevilla's professional squads.

Villanueva indicated that Sevilla FC had trebled their revenue in the past five years - something he said was evidence of sustained and well-managed growth primarily in TV income and the need to stay in European competition. He also spoke about the reduced risk Sevilla's model of turnover brings, especially when bolstered by qualification to the Round of 16 of the Champions League, which will see income surpass 150 million Euros in total.

On profits from transfers, Villanueva gave the figure of 58 million Euros, when just 35 had been estimated. On the value of the registered squad, the shareholder pointed out that the squad's value had grown from 51 million Euros in 2013 to 141 this season. "We're talking about the fourth most valuable squad in La Liga with the objective of consolidating in the Champions League", added Villanueva.

"Overall", he concluded, "Sevilla FC continues growing its income, continues using its profits for transfers in a bid to have a competitive squad, has the fourth most valuable squad in La Liga, buys more than the top 20 teams in Europe, continues making profit and aspires to having the best sporting results whilst maintaining economic balance".