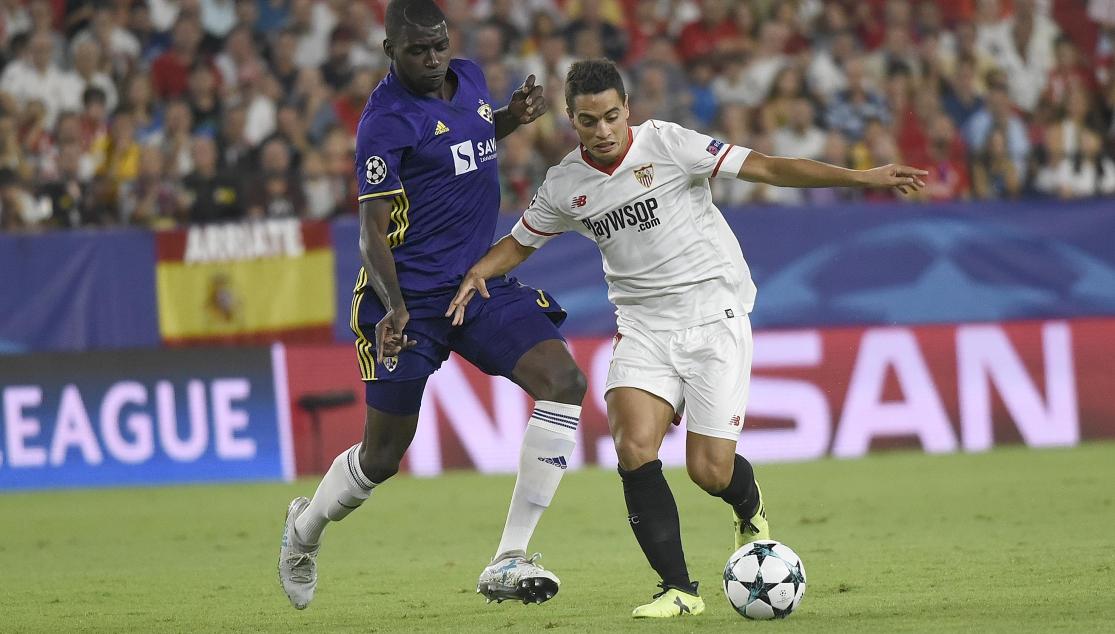 The exciting Group Stage of the Champions League comes to an end. Sevilla travel to Slovenia looking for a win against a side with no prospect of staying in Europe. A win could see Sevilla top Group E

The sixth and final Group E match of the Champions League sees Sevilla FC still needing to push themselves over the line in a bid for qualification and fighting to not be left on the cusp of the Round of 16. Sevilla now only need to face NK Maribor to finish off what has been - barring an ugly night in Moscow - an impressive Group Stage campaign for the Nervionenses - one which has seen the side show pride, tenacity and flair when needed.

We arrive at the Slovenian fixture having picked up two draws (2-2 at Anfield and 3-3 in Nervión) against Liverpool, two wins in the Nervión fortress against tonight's opponents (3-0) and Spartak (2-1) and one loss. A total of eight points to the 9 of the English side and the 6 of the Russians. One more point could be enough to see the Sevillistas through but Berizzo and Marcucci's men will go into the game fixated on the aim of victory - especially when Sevilla could still top of the group.

Maribor's goals against Spartak came in the 85th and 92nd minute, meaning Sevilla will have to keep their concentration up

The Slovenian side - very focused on their league campaign - has no future prospects in Europe this season but will want to end the Group Stage well. Their two points have come against Spartak (both 1-1 draws). In both matches the Slovenians fought until the very end, scoring in the 85th minute and 92nd minute respectively. The Russians gave them hope and paid for it. With that in mind, Sevilla cannot and should not neglect to kill the game off on Wednesday. Anything but putting distance between the two sides would run a dangerous risk. Emulating Liverpool's result in Slovenia wouldn't be a bad idea.

Sevilla's footballing superiority should come as no surprise and the Nervionense's unshakable desire to qualify for the next round should serve as motivation enough to mitigate other factors - be it the freezing cold or the desire of the opponent to beat a European penta-champion. Humility and caution are essential in the tie, just as character, intensity and concentration will be. Maribor have never won in the Champions League (three draws and five losses) in their three campaigns and Sevilla will do well to ignore any form of distraction come kick-off. As Eduardo Berizzo would undoubtedly emphasise - only the win is good enough.

Set pieces have become a big weapon for Sevilla this season

The only history Sevilla have in the Ljudski Stadium is a 2-2 draw four years ago in the Europa League, though September's 3-0 win in Nervión - including a magnificent hat-trick from Wissam Ben Yedder - will still be fresh in the minds of Sevillistas. The French-Tunisian striker has 6 goals in the Group Stages of the competition, eight including the two he scored in the playoffs for qualification. Escudero was the other man to score two in the very same playoffs - like Ben Yedder - scoring one away and one at home. Those are the only two players with more than one goal, with Correa, Lenglet, Kjaer, Banega and Pizarro sharing the rest. With regards to regular starters, Sergio Rico, Escudero, Banega and Ben Yedder have been in the starting XI for all five group stage games.

The Champions League last 16 is just 90 minutes away from Sevilla FC. If it is to be reached, we will have to confront the game with all the determination and bravery of champions, whilst maintaining precision, caution and a constant guard against complacency. With those qualities kept intact and with so much at stake come kick-off, we cannot fail in achieving our first aim of the season.