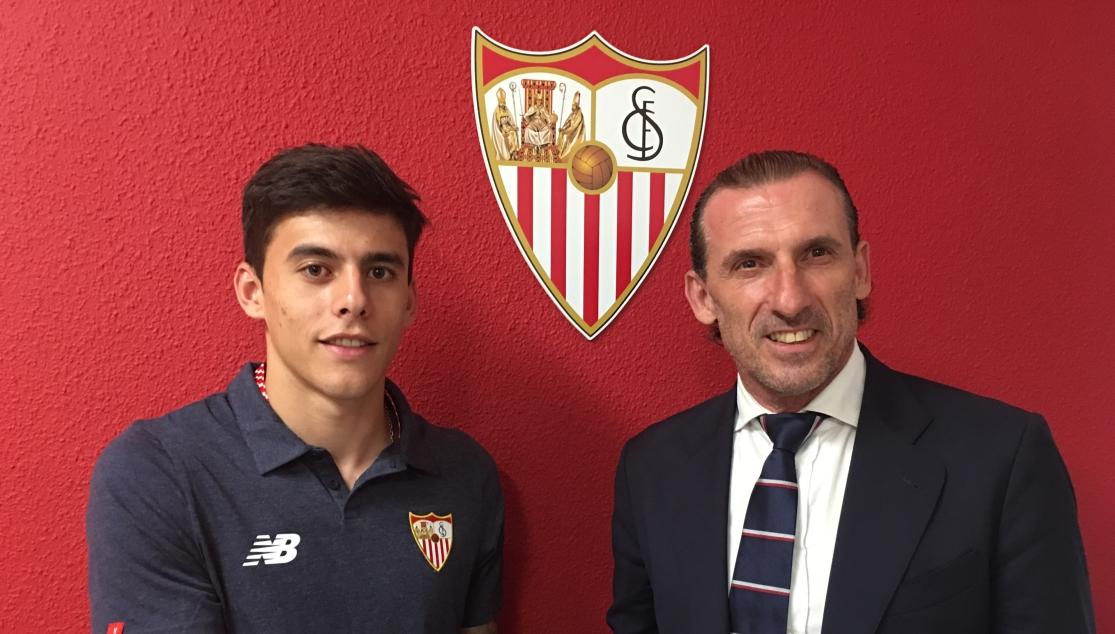 CARBALLO: "I LIKE TO PLAY BOX-TO-BOX, CONTRIBUTE TO ATTACKS AND PLAY OUT FROM THE BACK"

The Uruguayan centre-midfielder arrives at Sevilla Atlético "anxious to start"

Felipe Carballo arrives at Sevilla Atlético full of excitement. Undaunted by the aim of many South American footballers - to make the jump from South American to European football - he said: "I was at the biggest club in Uruguay, but I think this team is more important because it's one of the biggest clubs in Europe... I'm anxious to get started... In Uruguay, Nacional is the biggest team. It has a big reputation; I'm used to that, it's nothing new to me... in the years I played in the First Team, I played in the Copa Libertadores, that's one hell of a challenge. It helps you compete. I've come here to achieve goals and in the future I hope I'll be able to make it to the first team".

Descrbing his best position he said "I like to play in the centre of midfield, from box-to-box, contribute to attacks and help the defense by playing out from the back. I'm very comitted to a team-game". He also said "I like attacking too, I used to be an attacking-midfielder. I liked that style of play, but one day I was played a bit further back and I liked having the pitch in front of me to play my team-mates in".

Talking about the team, he declared himself "happy with the group. We're all pretty much the same age and that makes you feel more happy and comfortable with one another. As far as football goes I've seen some very good players and that only motivates me more".

He added: "Sevilla Atlético is a great team which is in this division for a good reason. It's the best a B Team can aspire to. So I'm very happy about that; we know the team is strong and united".