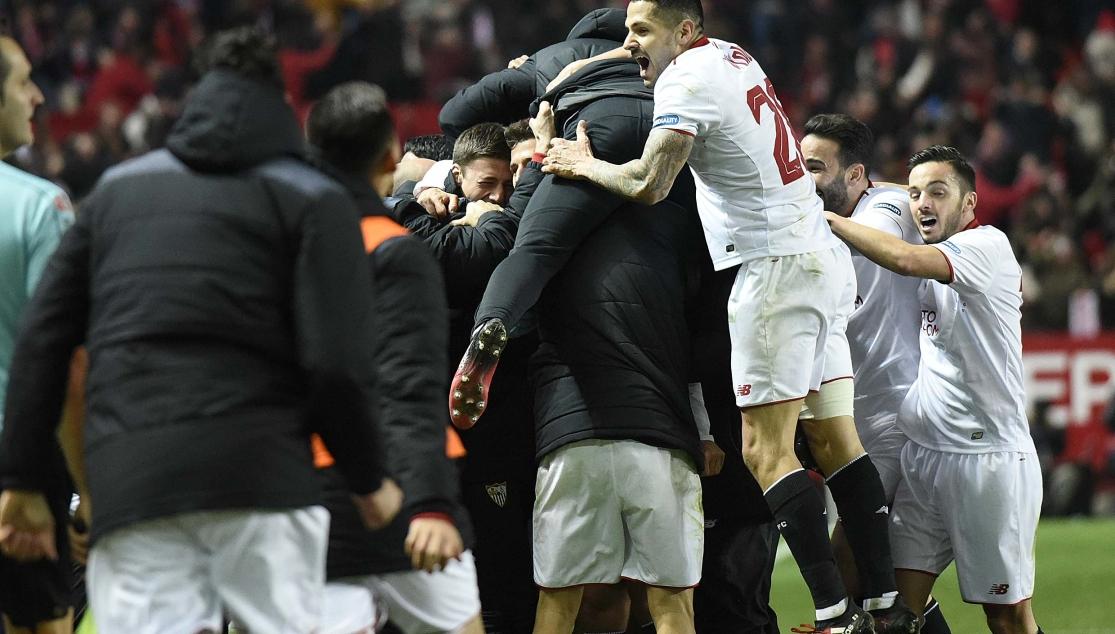 Sevilla face Real Madrid on Sunday knowing that a point will be enough to secure Champions League football next season.

Jorge Sampaoli’s side are six points clear of fifth-placed Villarreal, meaning that a solitary point from the two remaining games this season will guarantee a second consecutive season in Europe's premier competition.

The 146th meeting between the two sides has a lot at stake, with Zinedine Zidane’s side level on points with Barcelona in the race for the title.

But Sevilla have been a thorn in Madrid’s side this season, with Stevan Jovetic scoring a 90th-minute winner in January’s reverse fixture to end Los Blancos’ 40-game unbeaten run.

Four games between the two sides have yielded 17 goals, nine of which came over the two-legged Copa del Rey tie in January which saw Madrid come out on top despite a spirited Sevilla comeback at the Ramón Sánchez-Pizjuán.

The Champions League finalists boast an identical home record to Sevilla this season, with 13 wins, four draws and a single defeat, inflicted on both teams by Lionel Messi and Barcelona.

While Madrid have scored 96 goals this season, they have shipped 39, of which 19 have been conceded at the Bernabéu.

It is, then, possible to break down their defence, which has conceded in 26 league matches, leaving them with a total of 9 clean sheets.

As for their defensive record at home, Madrid have conceded in 13 of the 18 matches they have contested at the Bernabéu, and 4 of those 13 games have seen them let in more than one.

Zidane’s side do, however, boast a hugely effective attack. Ronaldo leads with 20 goals, while the likes of Morata (15), Isco (10) and James Rodríguez (8) have all contributed. Sevilla will have to nullify the attack as best they can.

Having broken Real Madrid’s run of 40 games unbeaten at the Sánchez-Pizjuán in January, Jorge Sampaoli’s side will want to stop them from scoring in their 48th consecutive match when they line up at the Bernabéu on Sunday night.

Coming away from the Bernabéu with three points will be difficult, and is something Sevilla have not managed since Jiménez’s side in 2008 (3-4) with goals from Adriano, Romaric, Kanouté and Renato securing the points for the Andalusians.

Sevilla wil need to be at the top of their game, and with just two games remaining, with a week’s rest in the middle, will not need to leave anything in the tank.

Madrid, on the other hand, will have to play three league matches in the space of seven days. They travel to Vigo on Wednesday to play their postponed fixture from February, before ending their league campaign in Málaga.