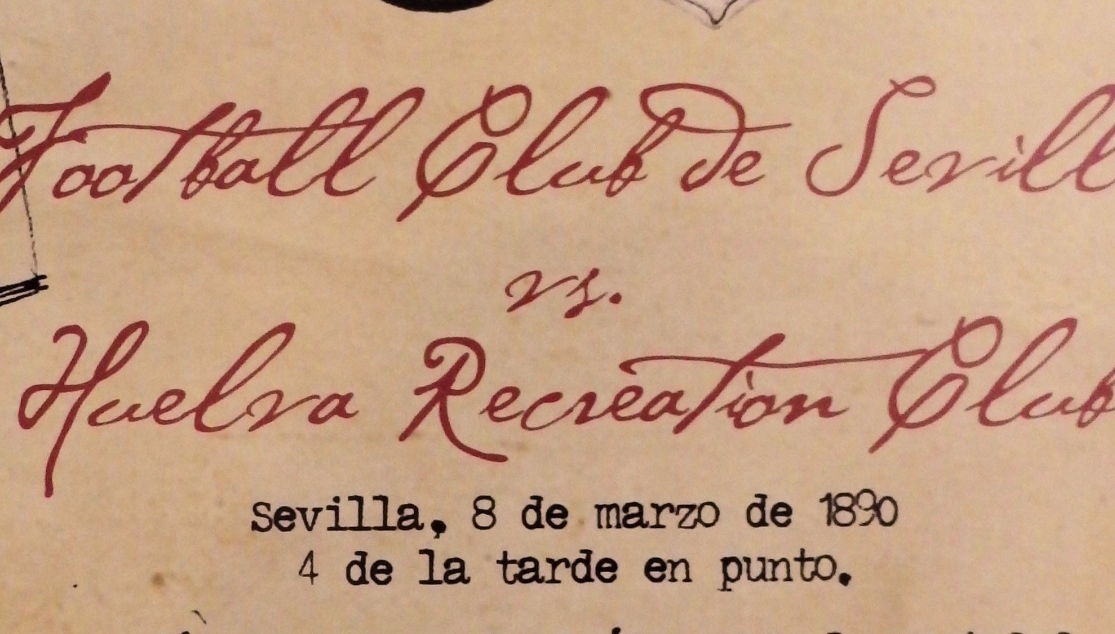 127 YEARS SINCE THE FIRST FOOTBALL MATCH IN SPAIN

Sevilla FC and Recreativo de Huelva faced each other at the Hipódromo de Tablada. The match ended in a 2-0 win for Sevilla

On this day, 8 March 1890, Sevilla FC and the then-named Huelva Recreation Club (Recreativo de Huelva, Spain’s oldest football club) played the first ever football match on Spanish soil in Seville. Sevilla FC ended up defeating their opponents 2-0 at the Hipódromo de Tablada,  earning the first victory registered in Spanish football between two sides playing under the rules of the English FA.

Sevilla FC, founded on 25 January of the same year, played several matches between the club’s own members, but having learned of the existence of Huelva Recreation, founded a year earlier, decided to invite them to play the historic match.  On 25 February 1890, the secretary of Sevilla FC, the Sevillian Isaías White Méndez, wrote the letter that, published three days later in the Huelva newspaper La Provincia, would become  a document of huge historical importance, thanks to its involvement in Spanish football's first match.

Days later, on 3 March, the members of Recreation Club who gathered at the Hotel Colón, decided to accept the invitation and to communicate their decision to Sevilla FC.  As detailed by the Scottish newspaper The Dundee Courer and Argus, the historic encounter took place at 16.45 on Saturday 8 March 1890, in front of around 120 spectators.  That day, with their captain Hugo MacColl leading them out, Sevilla FC stepped on to the pitch for the first time to play a football match against another club.  Goals from Ritson and Yugles gave Sevilla the 2-0 win, meaning the club emerged victorious in the first match played on Spanish soil.

That same evening, Sevilla FC, in what became known by the Brits as the third half, honoured their guests from Huelva with a meal at the Swiss Café Seville.

Since then, 127 years have passed, as have several generations of Sevilla fans, who have been able to admire how that dream, born on 25 January 1890, has managed to produce one of the most decorated clubs in Europe, having been crowned champions of Andalusia 18 times, Spanish Cup winners 5 times, league champions and Spanish and European Supercup winners, as well as becoming five-time winners of the UEFA Europa League and twice being considered the best club in the world.