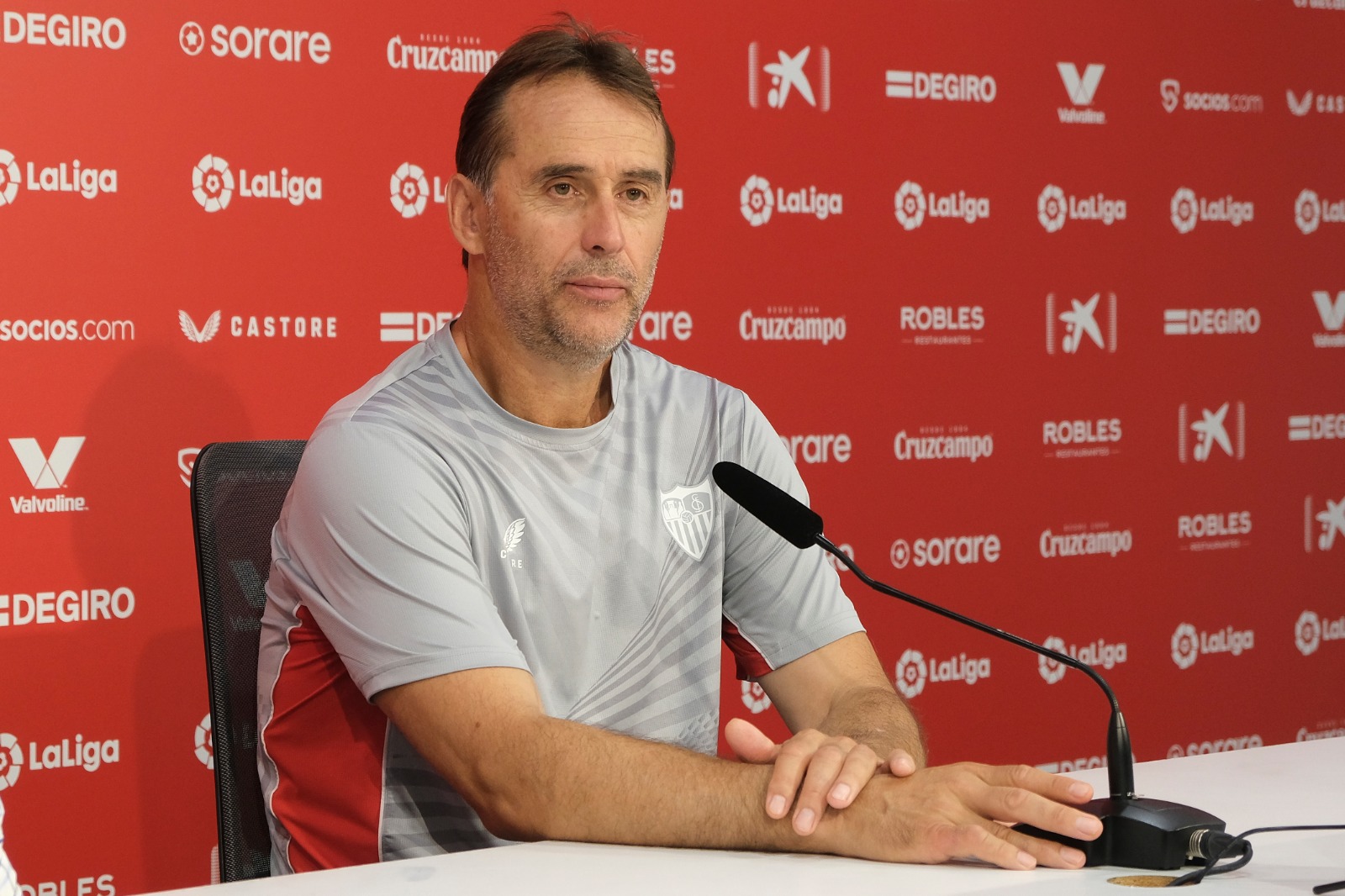 LOPETEGUI: "THE TEAM ARE EXCITED AND HAVE BUTTERFLIES IN THEIR STOMACHS"

Entradilla
"We're facing a very good side who are established in the top-flight. It will be a tough test"
Cuerpo Superior

The coach gave his pre-match press conference at the Jesús Navas Stadium this morning, before the team make the long journey north for the Friday night fixture.

Julen got things underway by highlighting the team's desire ahead of this season and speaking about tomorrow's clash.

"The team are excited and have butterflies in their stomachs about the start of a new season in one of the most competitive leagues in the world."

"We're facing a very good side who are established in the top-flight, they have their style of play with their coach. It will be a tough test, but also a nice one".

"Osasuna are a good and important enough team, as is El Sadar as a stadium, to not think about other things."

Much like his players, Lopetegui feels the same way ahead of his fourth season in the dugout here.

"I've also got butterflies in my stomach, that's the best way to define my state of mind. I am happy and fortunate to be able to lead another project at Sevilla FC. I'm excited, I'm looking forward to seeing us be competitive and be aware of how the transfer window is, but we're on schedule. This determines our work in the first few matches and LaLiga is about to start."

"We're happy with the signing of Isco"

Of course, there were questions about the name on everybody's lips, Isco, our most recent signing, before focusing on fellow new arrival Marcão.

"He's coming to help us, he's a good player and he's coming to give us his best. We're happy with his signing. Now he has to go through a series of stages that he did not complete in pre-season and get ready to help us with our difficult objectives for this season."

"Marcão had a problem when he came, and he's still got it. He's not got the medical all-clear and once he has it he'll start training and look for the all-clear to play. I'm not sure when it will be, but I hope it's sooner rather than later."

To finish, he responded to a question about academy centre-halves José Ángel Carmona and Kike Salas, who featured in some of the friendlies over the last few weeks.

"They've had a good and interesting pre-season. They are under our umbrella and have been working with us for a while. When we think the time is right we'll try to use them. Years are difficult, lots of things happened last year and the more players we have the better, no doubt about it."