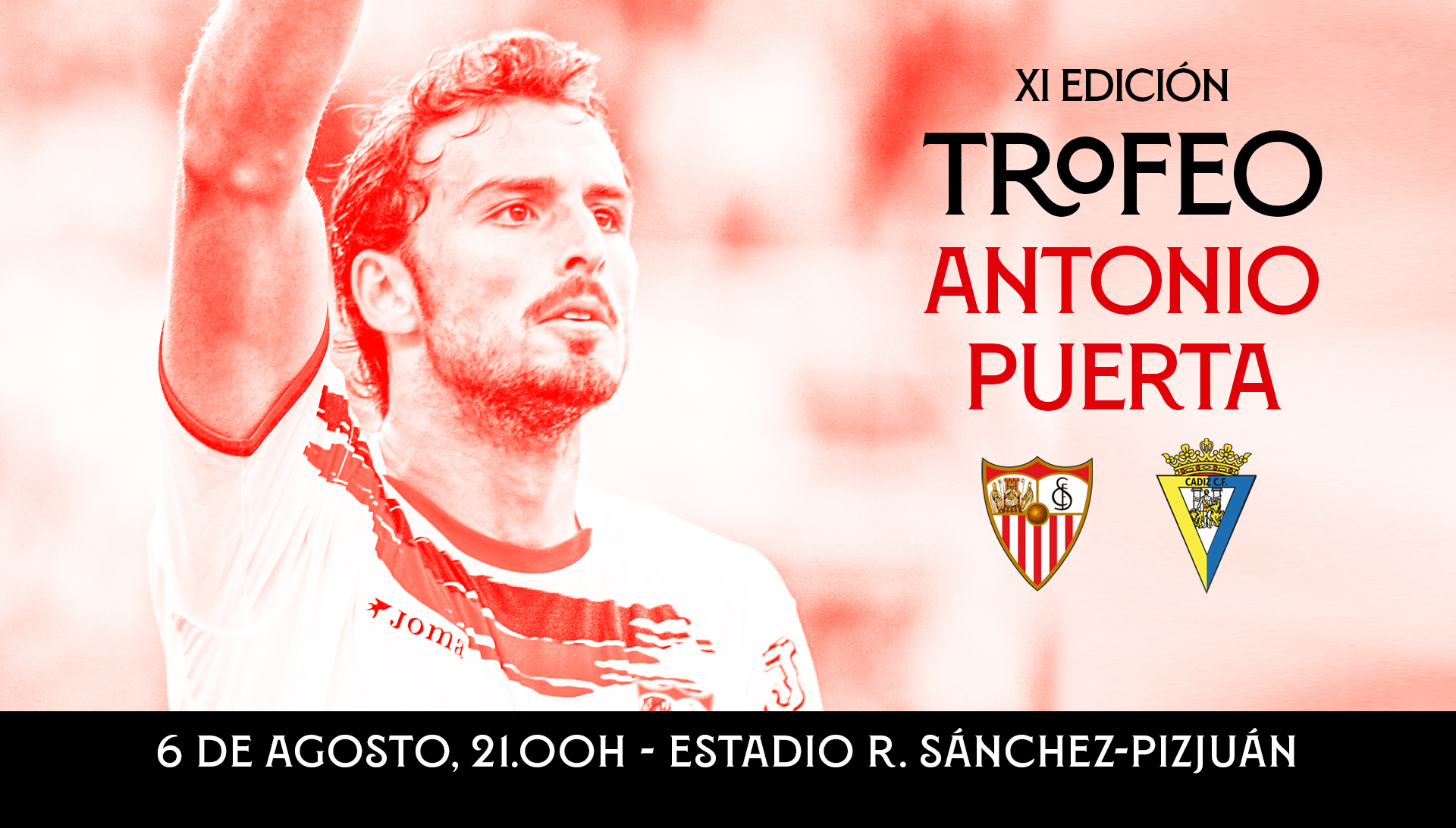 Entradilla
The match, which will be the eleventh edition of the trophy, will take place on 6 August at 21:00
Cuerpo Superior

In 2022 we have begun to regain normality that COVID-19 took away from us in 2020 and 2021. Slowly but surely, we are getting back what it took away from us. At Sevilla FC, we have been able to welcome our fans back to the Sánchez-Pizjuán, restart our Hall of Fame awards, the Blázquez Awards, the Fieles of Nervión... and now the trophy we hold in honour of our beloved Antonio Puerta. And this edition we keep things Andalusian with a match against Cádiz CF.

Cádiz, a club with which we enjoy a fantastic relationship, and who will be deservedly playing in La Liga for the third season in a row, will visit Seville on 6 August at 21:00. It will be the eleventh edition of a trophy that the club wishes it never had to hold, but a trophy that serves as a reminder, just like the 16th minute of every single game, of the player who changed our history and opened the doors to glory with his historic goal against Schalke 04. Sevilla FC would like to demonstrate our gratitude to Cádiz for sharing such a special night with us.

Schalke were the last team to play in the Antonio Puerta Trophy back in 2019, after AS Roma took part in 2017 and Boca Juniors in 2016. With Cádiz' visit, the trophy returns to the Andalusian roots of its first three editions when Málaga, Xerez and Granada visited us in 2008, 2009 and 2010 respectively. RCD Espanyol contested the trophy in 2011, while Deportivo de la Coruña did so in 2012. Two editions in 2014 and 2015 saw Andalusian teams return - UD Almería and Córdoba CF. The trophy did not take place in 2015 or 2018 due to dates not working out, while the pandemic stopped it from being played in 2020 and 2021.

Sevilla have won the trophy in eight of the ten editions, with Granada and Boca Juniors coming out on top in their respective years. The match will take place a week before we start the season away to CA Osasuna, meaning it will be the perfect chance to show our work over the summer to the fans. The match will come included in the season ticket.