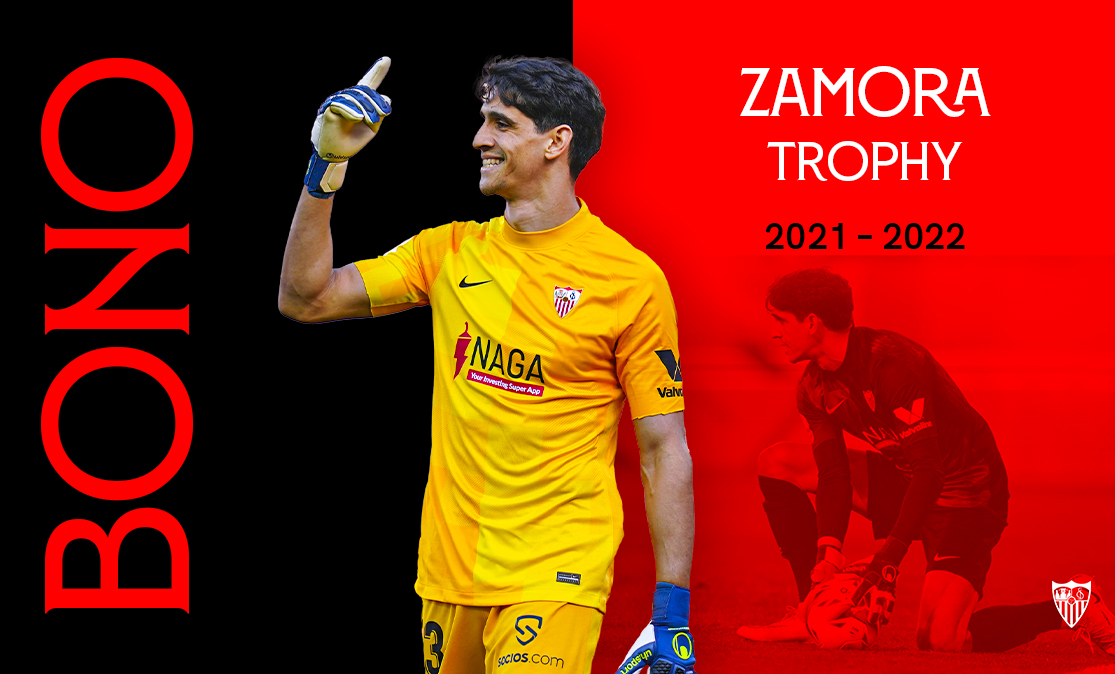 We have a Pichichi to our name - the legendary Juan Arza. We also had two-time Zarra Trophy winner Álvaro Negredo for the most goals scored by a Spanish player in a season on our books. But, in Sevilla FC's history, never have we had a Zamora winner for the goalkeeper with the least goals conceded per game in the season. Yassine Bono has put an end to that this night after ending the season with 24 goals conceded in 31 games, an average of 0.77 a game, which has him beat Thibaut Courtois (0.81) and Álex Remiro (0.88).

As such, in his third season at the club, Bono wins the highest honour for a goalkeeper in Spain. He came close last year, but he was pipped to it by Jan Oblak in first place and Courtois in second. The team also finish as the side with the fewest goals conceded in the season for the second time in our history. The last time was all the way back in 1950/51, but our goalkeeper José María Busto was pipped to the award.

Bono, although born in Canada, the Moroccan becomes the second African goalkeeper to receive the Zamora trophy after Cameroonian goalkeeper Jacques Songo'o, who took the trophy home back in the 1996/97 season. For the first time in history, a whole decade has passed without the Zamora Trophy going to a goalkeeper born in Spain, as the last was Barcelona-born, Victor Valdes. Since then, Courtois (3), Claudio Bravo, Jan Oblak (5) and now Yassine Bono have all won the award in that ten year space.